Not all types of dogs are legal to own, breed, or sell everywhere around the world. Each country has its own rules and laws about domesticated dogs and if, how, and where you can keep them.

If you plan to adopt, buy, breed, or even travel from your country to another with your dog, then you must first check the laws where you are going.

Are American Bullies Legal in the UK?

I have another article where I discuss where Pit Bulls are banned in more detail.

However, here is the trick: The ban applies according to the dog’s physical appearance rather than its breed. Meaning that if your American Bully has a lot of Pit Bull-like physical characteristics, they will be considered illegal to own.

If your Bully does look a lot like a Pit Bull, the authorities can take them away even if they are not acting dangerously and no one has complained about them. They need a warrant to do that in a private place, but in public, they do not need the warrant to take your dog away.

Can You Move to The Uk with An American Bully?

Assuming that your American Bully does not look like a Pit Bull and you want to move to the UK, is it doable? Yes, it is.

The UK government has rules and regulations about traveling to the UK with your dog that you must abide by. Knowing these rules ahead will make the moving/traveling much smoother and easier, so let’s break them down in more detail:

Get a pet passport and other documents

Like you, your American Bully cannot travel without proper documents. Depending on where you are traveling from, your dog may be required to own a pet passport or a Great Britain pet health certificate.

For travelers from the US, a Great Britain pet health certificate is a must as they do not accept American pet passports.

Get your dog microchipped.

Microchips are a permanent form of dog identification you need to get for your dog before traveling. They are as small as a rice grain and have no negative effects on your dog.

Since it is implanted in your dog’s body, this must be done by a vet to ensure the safety of the procedure and that it is done correctly.

Get your dog vaccinated for rabies.

An important note is microchipping before or during getting your dog vaccinated for rabies. If you vaccinate them first and then get them microchipped, you will have to redo the vaccination process.

Both these processes must happen at the vet’s clinic, and your dog must be older than 12 weeks.

Get your dog treated for tapeworms.

A tapeworm treatment is a must before traveling to the UK. The treatment needs to happen no more than five days ahead of traveling and no less than 24 hours.

If your dog is not treated for tapeworms, it can be banned from entering or quarantined for some time.

After you’ve prepared your American Bully’s papers, got them microchipped, vaccinated, and treated, you are now ready to take your dog to the UK.

Are American Bullies Recognized in the UK?

American Bullies are recognized by the United Kennel Club in the UK. This recognition will help your American Bully take part in dog shows and competitions if you are into this kind of thing.

However, you need to keep in mind that being recognized by the United Kennel Club will not help your American Bully if they look too much like a Pit Bull Terrier.

Recognition from Kennel clubs does not stand in court, just like breed papers. In the UK, it’s all about how your dog looks.

Can You Breed An American Bully in the UK?

Since they are not illegal, American Bullies can be bred in the UK.

They have recently been gaining a lot of popularity because of their loving natures, their loyalty, and their protectiveness. Bullies are also very active dogs and need little to no grooming, making them very sought after.

But because of the UK’s laws against Pit Bull Terriers, many people and breeders get worried about breeding an American Bully that looks too much like a Pit Bull, resulting in it being taken away by the police. This makes breeders careful about breeding American Bullies.

What Dogs Are Banned in the UK?

The dogs that are banned in the UK include Pit Bull Terrier, Japanese Tosa, Dogo Argentino, and Fila Brasileiro. Owning one can get you in serious legal trouble and will result in your dog being taken away if they have not acted dangerously.

Are XL American Bullies Legal in the UK?

How Much Do American Bullies Cost in the UK?

American Bullies cost anywhere between £400 and £1000. The cost depends mostly on where you get it from. Buying from breeders can be more expensive than adopting one for a shelter. Taking care of an American Bully can also cost you around £85 to £160 per month.

Bringing Your Pet to Great Britain I get asked many questions about running with American Bullies, especially when people see me running with my own bullies. I guess people think of them more as muscular gym jocks than athletic runners, but that’s the wrong idea. Bullies are characterized by being athletic and having strong, muscular bodies. But is that enough for… 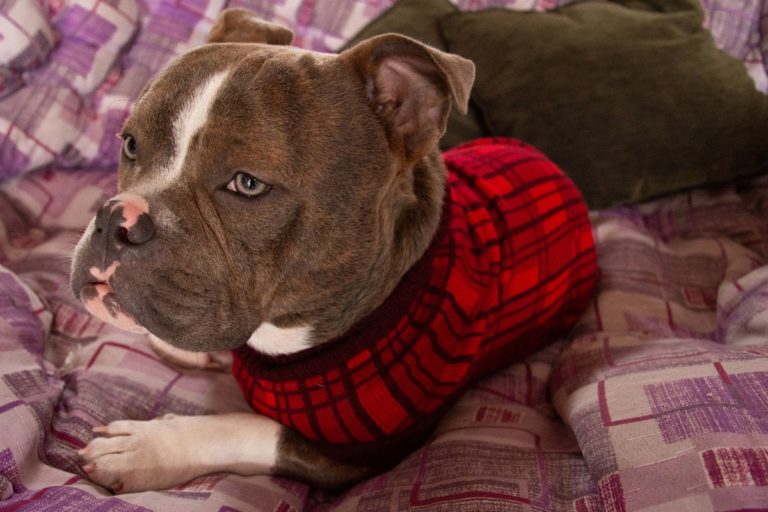 One of the nicest things about having a Bully breed is how little grooming they need compared to the other breeds that need significant coat care and maintenance, which comes at a high price. Those who have never had an American Bully believe that they need frequent haircuts, based on previous experience or understanding of… My friend Emma has an American bully, and as a vegan herself, she decided her dog should also be on a vegetarian diet. This may not have been the smartest idea she has had, and she has had some pretty not-smart ideas before.  After a while, she noticed some changes in his physical and mental… Dogs, in general, do have an affinity for barking. You see a dog barking; you’ll be like, okay, and move on with your life. It’s nothing! However, if you have an American Bully and rarely hear it bark, you might start wondering, “hmmm… that’s really sus”. Why doesn’t your American Bully bark? Your American Bully… You’ll find some people get intimidated when they find out you have an American bully at your home, and often get comments from visitors saying ”Put the dog in his crate”, or “ I can’t come, I’m not comfortable around this breed”, or even “ Didn’t you hear about bullies’ attacks? they could be very…