Pit Bulls are a very controversial dog in many countries.

Although they are pretty popular in the United States because they are affectionate, loyal, and family-friendly dogs, many other countries around the world either ban them altogether or have breed-specific laws to control owning, selling, and breeding them.

One such country is Germany.

Are Pit Bulls banned in Germany? Breeding, selling, and trading Pit Bulls are banned by law in Germany. You are only allowed to adopt a Pit Bull after getting special permission from the Animal Control Office. This permission comes with certain restrictions that you must abide by; otherwise, your dog will be taken away.

So what is the reason Germany bans Pit Bulls? And if you already own a Pit Bull, does that mean you can’t take them with you to Germany? Well, continue reading to find out!

Are Pit Bulls Banned in Germany?

However, adopting these dogs is allowed if you obtain special written permission from the Animal Control Office. In order to get this permission, the following regulations must apply to you:

Why Are Pit Bulls Illegal in Germany?

In the 1990s, a lot of fatal Pit Bull attacks occurred around Germany, and since then, the law gradually moved to ban Pit Bull type dogs.

These kinds of attacks happened in many places in Europe, which led to many European countries establishing laws preventing people from breeding, selling, or trading these dogs. I have a guide on how this affected the laws on Pit Bulls and Bullies in the UK here that you can check out to learn more about this topic.

Through research, it also appeared that Pit Bulls are usually the dog choice of criminals, especially ones that smuggle drugs. So, as part of preventing these criminals from owning Pit Bulls, the German government makes it almost impossible for non-law-abiding citizens to own any type of Pit Bull.

What Other Dog Breeds Are Banned in Germany?

Each state in Germany has its own breed-specific laws and legislation.

Since the breed-specific legislations differ from one state to the other, here are some examples of breeds other than Pit Bulls that are banned in certain states across Germany:

Most of these dogs and crossbreeds are banned in their states, while some of them are considered dangerous until proven otherwise by their owner.

Keep in mind that these bans are not absolute. There are many cases in which an owner of a dog that has been classified as dangerous in a German state can get an exception to keep their canine if they meet certain standards.

Can You Move to Germany with a Pit Bull?

As mentioned before, importing dangerous dogs such as Pit Bulls into Germany is prohibited by the law, but there are certain exceptions to that ban. Your Pit Bull can be exempt from the import ban if they are:

If any of these apply to your Pit Bull (or any other banned breed), they can enter Germany despite the ban considering they meet the general rules for coming into Germany.

On the other hand, if you plan to move permanently to Germany and your Pit Bull does not fall under any of these categories, it will be impossible to bring them with you into the country.

What Are the Rules for Bringing a Dog to Germany?

Considering your dog is not banned in Germany or banned but meets the criteria for getting exempt from the ban, you still need to abide by the following procedures to be allowed to get your dog into the country.

Many countries around the world ban dogs, such as Pit Bulls, from living in the country or being imported into it. However, there are still some countries with little to no legislation against dogs, such as:

Most countries around the world have breed-specific legislation put in place to prohibit dogs such as Pit Bulls from living in the country or being imported into it. Some countries might not outright ban breeds, but they will have a strong law requiring extra registration or special attention for the dogs to be allowed in.

Here are some of the countries that have bans or regulations against Pit Bulls:

You can also check out my other article, where I talk in more detail about why Pit Bulls are banned in some countries and where they’re banned.

Does Germany Have Dog Breed Restrictions?

What Pets Are Allowed in Germany?

Pets such as dogs, cats, ferrets, rabbits, guinea pigs, horses, turtles, ornamental fish, parrots, parakeets, and carrier pigeons are approved by the German Customs Office. But you need to check specific laws that apply to certain breeds of these animals such as Pit Bull dogs that are banned from being imported into Germany. Pitbulls might start shedding hair excessively for various reasons which will cause bald spots to appear all over their bodies. This can be a huge concern for pitbull owners as they wonder whether the hair loss will eventually grow back. So, will a pitbull’s hair grow back? A Pitbull’s hair will grow back if the… 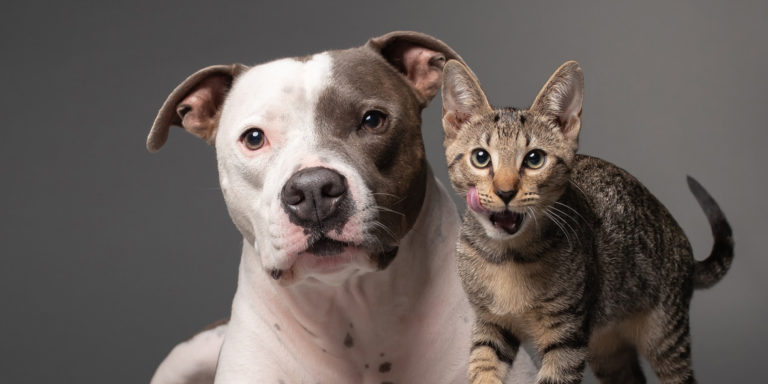 Pitbulls are often labeled as aggressive dogs. This is because they have a certain reputation for being tough and strong, which can be intimidating to others.  But are Pitbulls actually good with cats? It’s hard to say for sure! Some people swear that their Pitbull has never shown aggression around cats, while others have had… Chewing is natural for all dogs, including Pit Bulls. However, since Pit Bulls have powerful jaws, chewing can become a problem as they will destroy everything you own by chewing on it. It’s important to learn what causes Pit Bulls to chew and how to stop them from chewing on everything. So, how to stop…