Pitbulls are often misunderstood animals that people think of in a bad way. They are seen as aggressive and not very smart. But, this is not the case! Pitbulls can be really good pets for families with children because they love to play and they’re super affectionate. It’s time to prove all these myths about pit bulls wrong.

However, there is a lot more to that answer so keep reading to learn more about your Pitbulls intelligence.

Pitbulls are smart dogs, but many people believe that they aren’t. Here is why I think pit bulls are really smart:

First of all, pit bulls have a very high intelligence quotient. In fact, they are above average when it comes to intelligence.

They are able to learn new commands quickly and can be easily trained.

Second of all, pit bulls are very good problem solvers. If they want something that is off-limits or if they are stuck, they will find a way to get what they want.

They are also very resourceful dogs and can figure out how to get around obstacles quickly.

Finally, pit bulls are very adaptable animals. They can live in both rural and urban environments without any problems.

They are also great with children and other pets, which makes them perfect family dogs.

How Can You Measure A Dog’s Intelligence?

Stanley Coren is a prominent Ph.D. and canine psychologist who developed this aspect of dog intellect (obedience and working).

In essence, it assesses how quickly a dog learns a command – as well as how well they retain their training.

With the aid of 199 obedience trial judges from North America, Coren was able to establish the dog intellect ranking list that we may now analyze.

So, How Did The Pitbulls Do?

Pit Bulldogs ended up doing quite well, according to the two experts.

The Staffordshire Bull Terrier was found to be average in terms of intellectual ability, as evidenced by these findings.

In contrast, American Staffordshire Terriers obtained a score of “above average intelligent” in the breed’s intelligence test.

IQ Tests You Can Do At Home.

Fill two or three empty buckets or glasses upright in a row. Place a treat beneath one of the containers while your Pitbull watches.

Distract him for a few moments before allowing him to search for the food.

This test will show how well your Pitbull can learn and recall information.

Allow your Pitbull to snuffle and become acquainted with a large towel or blanket.

After being comfortable, place the towel over their head. In order to see how your dog thinks.

If your Pitbull frees himself in under fifteen seconds, they’ll earn three points, two if it takes 15 to 30 seconds, and one if it takes longer than 30 seconds.

This one will need some innovation on your part, but it’s a useful exercise to put your Pitbull through.

Place a treat through a small hole in a tall cardboard barrier that is out of reach for your Pitbull, and the opening itself too narrow for your pup to pass through.

You’ll have to entice your Pitbull to obtain the treat for precisely 60 seconds, then cease.

Keep track of your Pitbull’s time and score using your stopwatch.

If your Pitbull figures out that he needs to walk around a barrier in order to obtain the treat, give him three points.

Give your Pitbull two points if he takes more than 30 seconds to discover it.

And one point if he tries to scale through the window or bulldoze his way through the barrier instead of going around.

This one is pretty easy, all you have to do is place a treat on the floor and cover it with a towel.

Take out your stopwatch and time how long it takes for your Pitbull to find the treat.

Place a treat within reach of your Pitbull’s paws beneath a piece of furniture.

This exercise will put your Pitbull’s intelligence and problem-solving abilities to the test.

If your Pitbull takes less than a minute to reach for the treat with only his paw, give him three points.

If they use both their nose and paws to try to enter the gap first, give them two points, and one point if they abandon it entirely.

Now, it’s time to know how smart your Pitbull is.

How To Make Your Pitbull Smarter?

Here are some useful tips that you can use to make your Pitbull more mentally active and in other words, smarter.

Start training your Pitbull from a young age.

Include problem-solving activities in their daily routine, such as fetching the newspaper or finding the remote control when it’s lost beneath sofas and cushions.

Brains need exercise just like muscles do, so be sure to provide them with stimulating toys that will help keep their mind active, such as treat-dispensing puzzle toys or Kongs that can be filled with peanut butter or other treats.

Provide your Pitbull with plenty of positive reinforcement when they display intelligence or learn new tasks.

Make sure your Pitbull gets enough exercise (both physical and mental) on a daily basis.

And never discipline your Pitbull for not completing a task; it’s more useful to see what they did wrong and help them improve upon it in the future.

Here Is What A Real Pitbull Owners Had To Say.

Andrew Marcell:  “The pitbull is a very quick learner. They are empathetic to their humans. They like to socialize and please their humans. Pitbulls are not naturally aggressive to humans, I have found mine to be intelligent and focused”.

“I don’t know about compared to other dogs, but I am always surprised by how quickly my Pit learns commands I’m not even trying to teach him. He listens to every word I say and works it all out in his own brain so he understands what I mean when I say about 200 different things. He’s made it his job to do my bidding. But he tries to communicate his needs by staring at me. So far, I don’t know how to read his mind. He’s also very empathetic. Tries to make everyone happy. And selfish, because he wants everyone to love him, and mainly him”.

“I think that they are very smart. IMO they are right behind the typical herding breeds”.

They are very eager to please, so if you provide the right sort of motivation, APBTs can generally be trained in almost any task. One of my dogs holds titles in lure coursing, rally obedience, weight pull, dock jumping, conformation, and has her Canine Good Citizen. Most of the UKC’s Super Dogs (Dogs who have titles in a specific set of events) and Ultra Dogs are American Pit Bull Terriers.

In my opinion, they are one of the most versatile dog breeds”.

“I’d say genius if you are speaking of APBT, I own one. I taught him to help take out the trash, help me with laundry, and close doors and cabinets. Next, he will be turning off lights lol. Staffies are very intelligent too. American or English. Am bullies are not the brightest.

All bull breeds need is patience and training. They are stubborn, but very loving if genetics and upbringing are good. Even then, personality is 100% genetic (learned that in AP psychology)”

“Personal opinion I don’t think the Pitbulls are any smarter than any other breed I just think they’re more in tune with humans they are more human-like in their characteristics and dogish ways”.

“They are ranked way down at 83rd out of 100 in dog intelligence. So not very intelligent”.

“Pit bulls are very smart but there are other dog breeds that are more smarter than them by miles”.

They are not smart and they are not that great pet either. They are mostly exalted by their owners that want to prove that their dogs are just misunderstood and that they have the magical power of nurture and that’s enough to transform them into the greatest dogs ever. They also compare dog breeds to human races making analogies that if you don’t like this breed you are just prejudice and almost “racist”, pure ignorance”.

“Not very. They rank pretty bad. Not to say one of these could excel. But they are high on eager to please”.

“Pit bulls are extremely smart dogs and learn faster than lightning. Very good dogs to be around if you love them openly and often”.

Before you go, you can also learn if Pitbulls are hypoallergenic here.

What Is The Smartest Dog Breeds?

Here are the smartest dog breeds:

What Is The Stupidest Dog Breeds?

Here are the Stupidest dog breeds?

These Are The ‘Smartest’ Dog Breeds, According to a Canine Psychologist 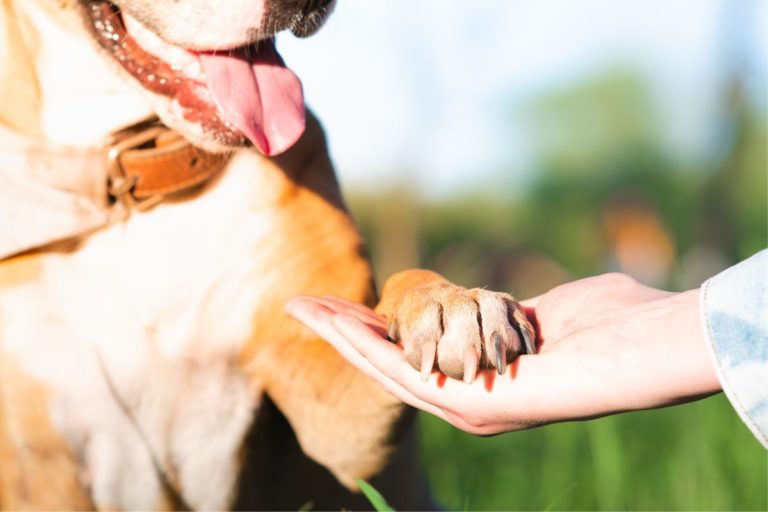 Do you have a pitbull that struggles with swimming while you see other people’s dogs swimming leisurely and having fun? Well, it all depends on whether your dog has webbed feet or not. So, do Pit Bulls have webbed feet? Purebred Pitbulls don’t have webbed feet as they were primarily bred for fighting and hunting…. A lot of people are wondering if American Bullies are good with cats. The answer is not a simple yes or no but requires some thought and research to determine the answer. Are you looking for an American Bully? Are you planning on getting one soon? If so, make sure that they will be compatible… Is your Pitbull always running around, insisting that you play with them, and constantly wagging their tail? Then your Pitbull is high energy.  One word describes Pit bulls best: energetic. If you are a parent of a Pitbull, you know that they are incredibly playful all the time.  Are Pitbulls high energy? Yes, Pit bulls… It’s not always simple to groom your Pit Bull since you have to know how to do it correctly. Due to short coats, owners of Pit Bulls frequently wonder if they can shave them.  So, let us tell you if it is safe to shave your Pitbull and how to do it the right way…. 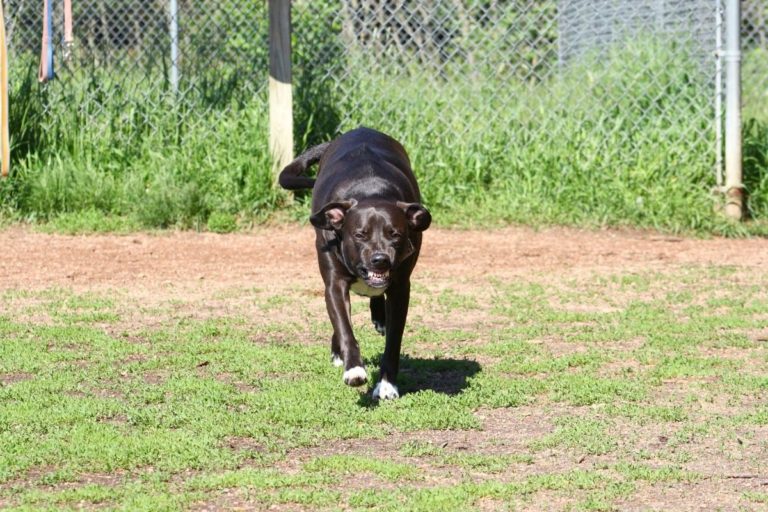 If you’re reading this, your Pitbull has been sneezing a lot recently. Sneezing is relatively common when it comes to dogs and humans.  But, if they have been sneezing more than usual recently, there might be an underlying issue.  Frequent sneezing can become concerning.  So, Why does your Pitbull sneeze so much? Your Pitbull may be…

Pitbulls are known for their athletic and energetic demeanor, so if you find your dog sleeping more than usual or prefer laying around to playing fetch, you might become concerned. So, why is your Pit Bull so lazy? Your Pit Bull could be so lazy because it is getting older and does not have much stamina…