This tough-looking breed is known as Miniature Pitbull, and because of his muscular look, he has fallen into “The Aggressive dog breed” reputation, which has gone overall Pitbull breeds,  which is, unfortunately, a myth.

It is true that Pitbulls were raised to fight bulls and that’s where they got their name, but in reality, they have the heart of a little baby.

Your pocket pitbull and all other Pitbulls are bred to be nothing but friendly, loving, protecting, obedient, and family companion dogs. they‘ll show you nothing but obedience and protection. However, don’t underestimate his size. Pocket pitbull like any other dog breed, could be dangerous if not trained in the early months of age.

Pocket Pitbulls love their owners and could do anything to protect them. Your dog will make an excellent watchdog, he’ll bark wherever he sees an outsider approaching your house.

Are Pocket Pitbulls good with kids?

Pocket Pitbulls are good with kids, you’ll see how your dog gets along with your children. Generally, they are amazing. However, it’s very important to keep an eye on your dog when he’s around your kids.

Not that he’ll intentionally harm them. However. Dogs, in general, can sometimes react differently to situations that could be normal and won’t do you harm, but could hurt your child.

Keep in mind that kids make sudden moves that could send different messages to your pitbull and annoy him. So always be ready to step in when needed.

If you think your bully only has a heart of a baby, let’s take a look at his main characteristics.

Characteristics of your pocket bully

Are Pocket Pitbulls good with other dogs?

Pocket Pitbulls are good with other dogs when socialized at a young age, similar to other dog breeds, and socialization should start as early as 8 weeks of age, and with time and exposure, your pocket bully will be friendly with all dogs no matter the size of the breed.

With early socialization, your Pitbull will be able to deal with different sizes and ages of other breeds. Pocket Pitbulls are highly social by nature. However, to ensure that he won’t act out around dogs or unfamiliar people. You‘ll have to start introducing him to dogs and people other than your family at early months of age, so you could be comfortable with him in the dog park or when visiting a friend with another dog.

And for you to increase the chance of a good meeting, follow these steps in your puppy’s first introduction to your existing dog.

Are Pocket Pitbulls good with cats?

Unlike other dog breeds that can be easily introduced to cats at any age. Pocket Pitbulls can live with one as long as they were introduced to this kind of pet during their early months.

Pocket Pitbulls don’t love surprises, so don’t put your cat in your dog’s face if you’re not sure how is he gonna act.

If not, it won’t be impossible for him to live with your existing cat, yet you need to introduce them at a slow and steady pace. If you’re not sure how it’s supposed to be done, don’t try alone because your dog is way stronger than your cat, and if things went in the wrong direction, it would be nice if you have a friend with you.

You can learn how to introduce your pitbull to your cat here.

Are Pocket Pitbulls good with other pets?

Pocket bullies can get along with other pets if “Positive reinforcement” type of training was used at the beginning of introducing your dog to your pet. However, some pets could smell strange to your dog that he might want to get closer to smell or put them in his mouth which could definitely hurt them.

So we wouldn’t recommend keeping them in the same room without supervision.

How to train your pocket Pittie to not be dangerous

Your Pocket pitbull won’t be dangerous or aggressive if never trained to fight. They are not aggressive by nature. Here are some Golden rules that you can follow to ensure that your puppy won’t be aggressive.

Early training is the key to any problem, if you have a trained and obedient dog, you’ll have full control over your dog’s behavior, and won’t have to deal with misbehaving.

You’re lucky your pitbull is social by nature. However, don’t take think to your favor because if any dog was kept in his crate for a long time and never saw any pets, you’ll have a problem once you get out of the house.

If you’re not familiar with obedience training, especially for puppies; they are the ideal solution

In saving you time and train your dog. You’ll basically have your puppy trained after the class and ready to go.

Use your puppy’s favorite treat, toy, praise, or anything you find interesting to your dog and reward him after he obeys your command. Your puppy will grow up knowing that when he does something right, he’s rewarded.

A dog who was raised in a loving family is 10 times less likely to show any aggression.On the other hand, owners that tend to yell or scream at their dogs for any reason are more likely to have their dogs behave aggressively towards any other human.

6 mistakes to avoid while training your pocket bully

To create a friendly bond with your puppy during his training, you must avoid 4 common mistakes owners do.

Avoid using a low or breaking tone of voice. Pocket bullies are intelligent and will translate your low voice to low self-esteem and won’t listen to you.

Inconsistent training means no training, puppies at a young age get distracted and forget easily, so make sure you stay consistent with training your dog every day.

You’ll do nothing but harm by raising your tone of voice, you won’t have an obedient puppy but a scared, shy, and low-confident dog. You can learn how to discipline your pitbull the right way here.

If you think of dogs’ packs, you’ll see the pack leader with the strongest personality. Simply there is no room for hesitation when you’re dealing with your dog.

You’ll do nothing but confuse your little puppy, and he’ll end up learning nothing. Be consistent and repeat the same commands every training session.

Dogs translate shouting to “ there is something wrong” so every time you shout your dog’s name he’ll automatically think he’s in trouble and won’t listen to you.

Pocket Pitbulls are not aggressive by any means despite their powerful looks,, they are bred to be friendly. And when taught by their owner to have good manners at a young age, they will be your ideal companion.

Do Pocket Pitbulls have lock jaws?

Pocket Pitbulls don’t have lock jaws, and neither does any other pitbull breed has any special mechanism that allows them to lock their jaw differently from other dog breeds. However, pocket Pitbulls have an incredibly strong jaw are known for their powerful bite force.

Is a pocket bully a pitbull?

You can learn how to tell them apart in this Bully vs Pitbull guide.

How long does it take for a dog to get used to another dog?

For young dogs, it usually takes less than a month to get along with your existing dog, but for older dogs, you’ll have to spend up to one month in the introduction phase.

You Pocket bully may look tough and aggressive, but has an impeccable heart. Your puppy will defend you and your family with his life, no matter how big and strong the threat is, he’ll be the first to stand for you. Your dog won’t show any aggressive behavior if never taught to fight, and is always ready for a long, warm cuddle.

Everything you should know about pocket bully dogs 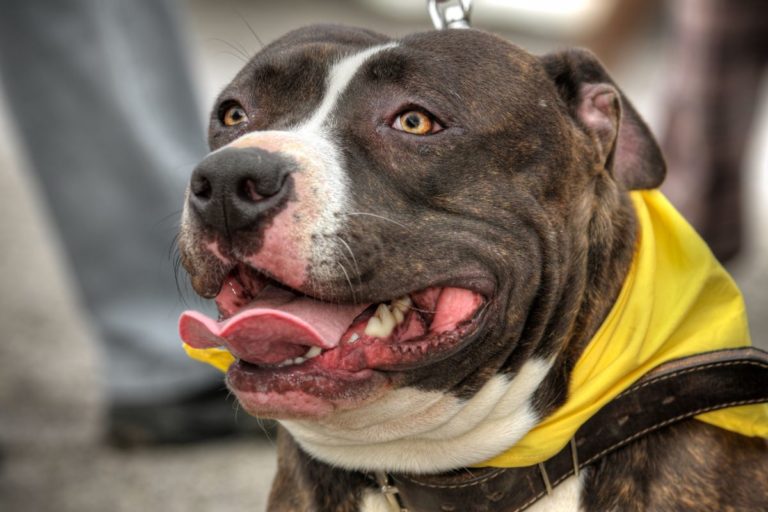 Pit Bulls are known to have a distinctive head shape that is wide and slightly squared. As they grow older, the Pit Bull’s head shape will start to split or crack. This change might not always be noticeable to the Pit Bull’s owner, but it’s still important when it happens. So, when do Pit Bull… Do you have a Pitbull that is shaking? This can be a cause for concern, as sometimes it can mean very little while other times it may be a sign of an underlying medical condition. So it’s important to know the signs of problems early on, as this will greatly increase your chances of treating… Pitbulls are known for their athletic and energetic demeanor, so if you find your dog sleeping more than usual or prefer laying around to playing fetch, you might become concerned. So, why is your Pit Bull so lazy? Your Pit Bull could be so lazy because it is getting older and does not have much stamina…