I’m sure you’ve seen your dog chasing his tail many times before and wondered if he knows that it was his tail he’s chasing. You are not alone. It’s very common in canines to chase bikes, cars, animals, and nearly any moving thing even if it was their tails!.

So, Do pitbulls chase deer?

Pitbulls chase deers and any animal that they might see as prey. Pitbulls are very athletic dogs and because they were originally bred for bullfighting they have the instinct in them.

Chasing can be very tempting to your Pitbull. Even though it may sound impossible to train your dog to fight this pure instinct of his, after reading you’ll have a full understanding of how to distract your dog with alternatives for chasing, why does your pitbull chase deers? , and whether he can take down one.

Compulsive behavior in dogs is when a certain behavior is being repeated for a longer period of time than normal for example the case of tail chasing, starts to go from a fun game your dog started to a nonstop behavior, it becomes a habit. When you apply the same theory to chasing, it starts to make sense.

Once you feel your dog is having fun with any unwanted behavior, you better start discouraging it.

Pitbulls can attack deer if they are trained to be hunting dogs or if they are not well trained and try to hunt them on their own as predators, but this is very unlikely as deer are larger than the size of animals that will trigger the predatory instincts in pitbulls and dogs in general.

The answer to that question is that whatever you train your dog to do will encourage him to do it, so yes they can and will if trained to. If in your pup’s first months of age you trained him to chase every moving animal and rewarded him after he put it in his mouth and brought it back to you as his master, it will become his priority.

Do Pitbulls have a high prey drive?

Pitbulls are a highly prey-motivated dog breed. They will follow their prey drive whenever they see a running animal, like most dog breeds; they won’t hesitate to chase it.

Early discouragement to that behavior at a young age will do good for both of you when your pups grow up. We all know that Pitties are very strong, and would be a bit hard for anyone to control once they decide to chase a deer.

Yes, for dogs chasing small animals and birds can be fun and will give your family a laugh. However, teaching your dog to respect wild animals is very important. Thankfully, training a pit bull is not actually that difficult as they are pretty smart dogs.

How to make your Pitbull stop chasing deers?

There are many alternatives you can use with your pup to feed his chasing instinct without having to chase a real wild animal.

3 ways to help your dog enjoy his natural drive

Your dog will enjoy throwing balls for him to get and rewarding him after.

Let your dog chase inside the house or a backyard by having a treat or a toy in your hand, run and call his name to chase you.

Hide from your dog in any room inside the house and call his name to come and find you, then reward him when he finds you.

Pitbull vs deer – Can a Pitbull take down a deer?

There is no other answer to that question. Yes, Pitbulls are physically and mentally strong enough to chase and take down an adult deer. With consistent and early training they can get this job done.

However, why would anyone do that? It’d be better if we taught our dogs to respect wild animals.

Yes, Pitbulls by instinct are good retrievers. When trained at a young age to help their owners hunt and collect prey, they can be the perfect companion.

Why do dogs chase deer?

Dogs are naturally hunters, their natural instinct to chase wild animals is exceptionally strong, and sometimes can be very hard to contain. When they notice any animal running, they see them as prey and that drives them to hunt.

Having a Pitbull who prefers chasing over food could be a challenge, but it’s always good to remind yourself that your dog doesn’t want to be annoyed by serving his natural instinct. Now you have some alternatives to chasing and an answer to your question.

5 Games to play with your dog. 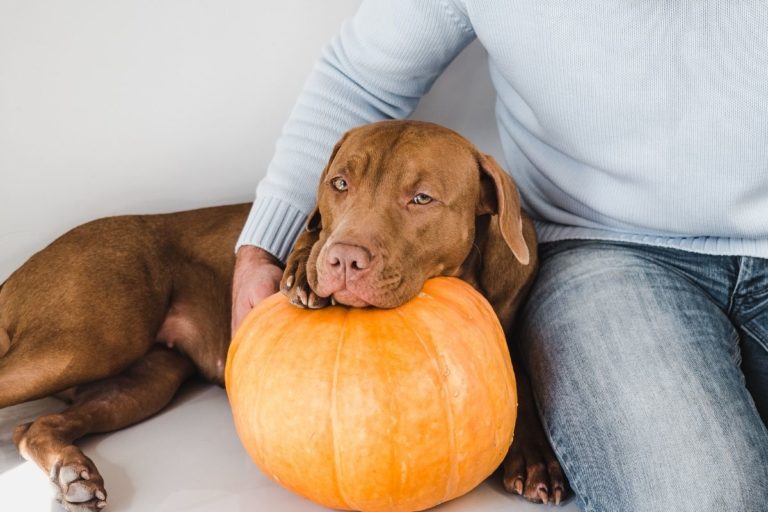