If your dog needs to go, then they need to go. It can be quite stressful for dog-owners. If your dog poops in someone’s yard, you may have some consequences. The homeowner may yell at you, and they may even sue you.

Even if you clean it up, it can be a disturbance to the homeowner.

In this article, we will explain what is the pooper scooper law and what kind of fine you can expect to pay if you let your dog go potty in people’s yards (in every state), so keep reading…

Is It illegal to let your Dog Poop in Someone’s Yard?

Let me tell you something, letting your dog poop on private property is rude, especially if the dog owner does not pick it up. Other than that, the parasites and bacteria can be dangerous if the homeowner has dogs or if the children play in the yard.

Even if you pick it up, some homeowners don’t want to see a dog doing their business on their private property at all.

It’s justified; they take care of their yard and do not want the dog ruining it. Hence, they can sue the dog owner.

In short, in most states it is illegal to let your dog poop in someone’s yard, and if they sue you, the law would be by their side.

What is the pooper scooper law?

So, most states have implemented the “pooper scooper law” which assures those dog owners who do not pick up their dog’s poop to pay a fine.

In some states, it goes as far as this; dog owners who do not carry a plastic bag during a walk would pay a fine, even if their dog did not poop.

Your dog can poop on the sidewalk, but even then, you have to pick it up. If you don’t, you will pay a fine.

What if there is no sidewalk?

If there is no sidewalk, then you should train your dog to poop on the street. Of course, this can be a little tricky because your dog is probably used to pooping in the grass. However, you could train them.

Look out for any approaching vehicles, make sure you let your dog poop on the edge of the street, and don’t forget to pick it up.

You can also designate a place on your town property where your dog can poop, and of course, then you would also pick it up.

Can They Sue you if you let your dog poop in their yard?

Yes, homeowners can sue you if you let your dog poop in their yard. Most homeowners would try to talk to you about it first or put up a sign, some even put a dog repellent.

If they have proof, homeowners can sue you for trespassing, if your dog poops in their yard.

As previously mentioned, the pooper scooper law varies from one state to the other. LEt us discuss the law in the following states:

There is no statewide law on dog poop in California. It is up to the individual cities, and they can deal with it however they like.

In San Francisco, you pay a pretty heavy fine; $320. I know, right? Just pick it up already!

You don’t just pay a fine if your dog poops, but also if you do not carry something that you can pick it up with.

If you think San Francisco’s fee is heavy, wait till you hear Los Angeles’: $500 for each violation.Ouch!

In Los Angeles, the law states “ Animal defecation on public property or upon private property other than the owner’s property is prohibited”

Texas also prohibits letting your dog poop in someone else’s yard. If it happens and you don’t pick it up, you will be fined $75 to $500.

Something we should definitely mention here is that this may sometimes be unintentional. Your dog could run away from you and go right to business on someone’s yard, and in this case, you should definitely pick it up, apologize to the property owner if you can find them, and work on disciplining your dog better so they don’t do it again.

You can learn how to discipline a pit bull here, but really, these methods work for any dog and are not very breed-specific.

What can I do if my neighbor doesn’t pick up dog poop?

If your neighbor is not picking up its dog poop, you could do the following: first you could warn them, if that does not work, you could put up a sign or you could use dog repellent. In extreme cases, you could sue them.

Can your dog poop on someone’s lawn if there is no sidewalk?

No, if there is no sidewalk, then you can train your dog to either poop in a certain place on your own property, or you can train them to poop on the street. Beware of cars.

Your dog should under no circumstance relieve themselves on someone else’s law.

Is it illegal to leave your dog’s poop in your yard?

No, it is not illegal to leave your dog’s poop in your own yard. However, your neighbors can sue you for private nuisance if you let your dog’s poop accumulate. After all, it is unsightly and dog poop takes up to one year to decompose.

Is it trespassing to let your dog pee in someone’s yard?

Yes, it is trespassing to let your dog pee in someone’s yard. Homeowners can sue you for it and the law would be on their side. Dog Owners will pay a fine that ranges based on the city you live in.

Can you sue someone for not picking up dog poop?

Yes, you can sue someone for not picking up dog poop, especially if it is on your own private property. However, you need to have proof such as a video or a picture. Ikea’s everyone’s go-to shopping place, it’s even sometimes even a hang-out place, especially because it is at 50 different locations across the U.S.  So, you might want to take your dog with you to Ikea, but are you allowed to? Does Ikea allow dogs? Ikea allows dogs as of 2022. However, this is limited to… While the weather does vary depending on where you live, we can all agree that winter is upon us. The temperature has dropped and snow has begun to fall, but does this mean your dog needs a coat or sweater? While it’s easy to tell that breeds with double-layered coats like Huskies and German Shepherds… Being a parent to a dog comes with a lot of love, play-time, affection, loyalty, and so much more. We all want to keep our dogs by our side forever. What if I tell you that I have an easy way for you to improve your dog’s health? We have known that broth is good… American Bullies are one of the most popular dog breeds in America. They’re known for their big, muscular bodies and playful temperaments. But despite their popularity, many people still don’t know if they can live outside or not. And this is what we will be discussing today! So, can American Bullies live outside? No, The… 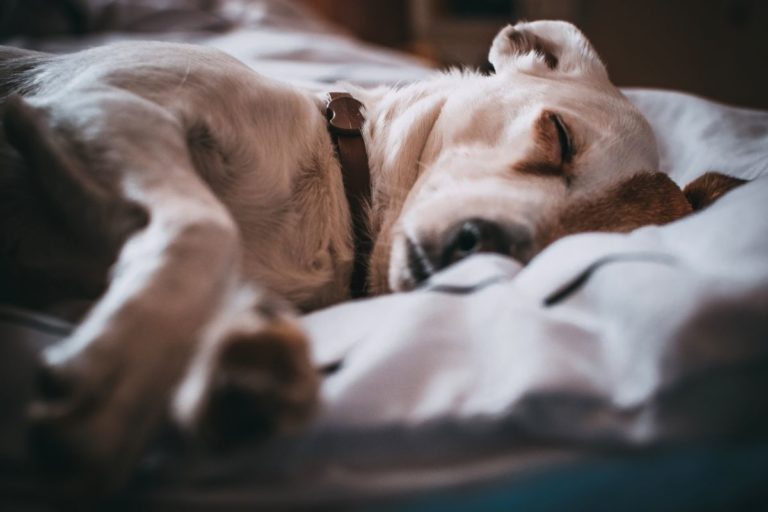 Collars are a controversial topic. You might have wondered whether your dog feels uncomfortable with a color on. You might even associate it with your own feeling of relief when you get home from a long day and finally change into your comfortable loungewear.  On one hand you want to make sure that your dog…