Pit Bulls, or any other dog for that matter, NEVER attack without reason. If a Pit Bull attacks another dog or even a person, then there have definitely been multiple signs they’re going to attack beforehand that those around the Pit Bull haven’t been paying attention to.

Keep reading to learn more about the signs your Pit Bull is about to attack and how to stop it from attacking.

5 Signs A Pit Bull Will Attack

Pit Bulls have a reputation for being aggressive, but the truth is any dog can attack when feeling threatened or scared. It’s the owner’s responsibility to keep a close eye on their dog and learn to spot the signs before an attack in order to diffuse the situation.

The signs your Pit Bull is about to attack a person or another dog are almost always consistent, but they don’t all have to exist at the same time. If you spot one or two of these signs, you should immediately start to diffuse the situation to protect yourself or others.

Now, let’s dig into the signs:

The dog’s tail is up and stiff

Dogs use their tails to express many emotions. Just like they wag their tails around to express happiness and excitement, you can tell a dog is in a bad mood from the position of the tail.

If the Pit Bull’s tail suddenly stands up straight and gets stiff and unmoving, that’s a telltale sign that this dog might bite or attack at any moment.

The dog is standing with their legs apart

When dogs are about to attack, they will start to have a more aggressive posture. Standing with a wide stance, legs apart, and chest thrown out is a way for the dog to make themselves look bigger and assert dominance.

This sign is very obvious, especially if your dog is normally relaxed and friendly.

The dog’s ears are perked upright

Just like their tails, Pit Bull’s ears are very expressive.

Dogs have an excellent sense of hearing and space; even when they’re relaxed or in the middle of playing, they can hear a pin drop. So if a Pit Bull perks up their ears and stands rigid, it means they are assessing a situation or listening for danger and might resort to biting or attacking.

The dog’s stance is rigid and stiff

Now their whole body looks tense. If a Pit Bull stands straight, tail up, ears perked, legs apart, chest out, and overall rigid and unmoving, then they will definitely attack or bite their opponent.

Dogs, and yes, even Pit Bulls, do not suddenly attack. You can always tell from their body language as long as you keep an eye out.

This is basically a challenge. If a Pit Bull is making direct eye contact with you or another dog and not moving its eyes at all, this is a definite sign this dog is about to bite.

Dogs use eye contact to send their opponent a message and warn them that they will attack.

How to Prevent a Pit Bull from Attacking You?

Now that you have learned what signs to look out for if you think a Pit Bull might attack you, let’s see what you can do to prevent the attack from happening.

What to Do If a Pit Bull Attacks You?

What if you failed to stop the attack? Don’t worry; there are multiple things you can do to protect yourself, even if the Pit Bull does end up attacking you.

What to Do After a Pit Bull Attacks You?

As we’ve mentioned, do not follow the instinct to run away after the dog loses interest or stops attacking you. Leave the scene slowly and try not to panic. Here are some important things you should do after getting attacked by a dog:

Here’s a good video that explains how to survive a dog attack in a more visual way:

What Happens to A Pit Bull that Attacked Someone?

There are different consequences for Pit Bulls that attack a person. Many US states have laws and legislations that apply in such situations.

The Pit Bull’s owner may decide to euthanize it to keep it from hurting someone else, or if they don’t do that, Animal Control can be contacted to assess the Pit Bull for aggressive behavior and decide on the next step.

What Happens to the Owner of an Attacking Pit Bull?

In the US, 39 states have what is called “dangerous dog laws.” These laws are put in place to protect the public from dangerous canine attacks and prevent people from using dangerous dogs as weapons without being prosecuted.

Punishments by law differ from one state to another and range from a felony to serious jail time. These punishments are specifically for Pit Bulls owners but apply to anyone who owns a dog that attacked someone causing serious injuries or, in worst-case scenarios, death.

Pit Bulls vs. Other Dogs

Signs a Pit Bull Will Attack Another Dog

Although Pitbulls are good with dogs of other breeds in general, dog fights can always happen regardless of the breed.

The signs of a Pit Bull’s possible attack are almost the same whether the victim is a person or another dog. But let’s take another look into more signs that a Pit Bull might be getting ready to attack.

How to Prevent Dog Fights from Happening?

After you expertly clocked in the sign of a possible attack or aggressive behavior, calmly remove your dog from the situation. You can use treats to lure them away from the other dog or call them firmly to you and just walk away with them.

In the long run, socializing with your Pit Bull is one of the most efficient ways to prevent them from getting into dog fights. Pit Bulls generally get along better with humans than they do with other dogs.

But socializing them and getting them used to being around other dogs will help them feel more comfortable and less aggressive and territorial.

Always remember that prevention is the best solution.

What to Do If a Pit Bull Is Attacking Another Dog?

What to Do After a Pit Bull Attacks Another Dog?

After you’ve successfully stopped the fight or both dogs just stopped by themselves, follow these simple steps:

What happens to a Pit Bull that Attacked Another Dog?

A Pit Bull attacking another dog has almost the same consequences as them attacking a person. The Pit Bull may be seized by Animal Control for assessment and, in worst-case scenarios, and if they are deemed too dangerous, they may be euthanized to prevent further attacks.

How to Train Your Pit Bull Not to Attack Anymore?

Pit Bulls are a bit confrontational by nature, especially compared to other dogs. But with strict and consistent training, they can learn to get along with people and other dogs and not resort to violence. Here are 5 ways to train your Pit Bull not to attack:

You will notice we have not mentioned punishing the dog, and that’s because it never works. However, you may need to discipline your dog when they do an undesired behavior, but you need to do it the right way. You can learn how to discipline your Pit Bull here.

When to Seek Professional Help with an Aggressive Pit Bull?

Sometimes things can go out of hand. Suppose your training isn’t really getting any results, and your Pit Bull is still aggressive towards people and other dogs. In that case, you need to consider professional help.

There are many training facilities and professionals who can help you train your Pit Bull. Seeking them out does not mean you failed or that your Pit Bull is a bad dog.

Not all dogs are the same, and not all of them respond the same way to house training. It might be better for you and your Pit Bull if they receive training from someone who is more established at what they do.

Pit Bulls never attack randomly or without reason. Most of the time, the reason can be territorial, where the Pit Bulls feel the other individual is invading their space, using their belonging, or might harm someone they love.

Do Pit Bulls Attack Their Owners?

Pit Bulls might attack their owners for the same reason they might attack anyone else, but it’s rare. Pit Bulls form a very tight bond with their family and are protective by nature. So unless they have a strong reason, they won’t attack.

Can Pit Bulls kill Other Dogs?

Dog Training 101: How to Completely Train Your Dog 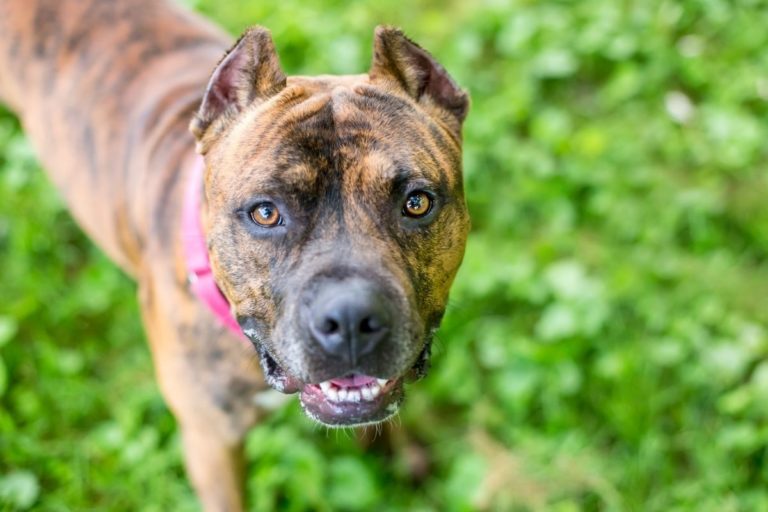 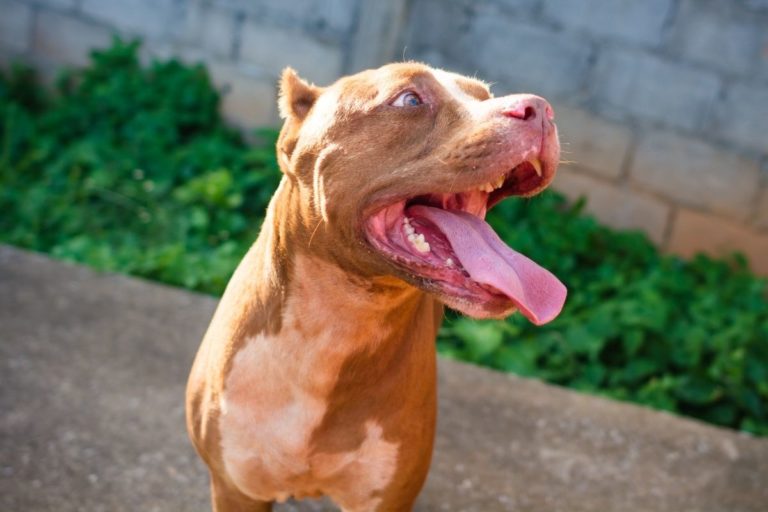 Snoring is a loud breathy noise caused by the vibration of the soft tissues in the throat and mouth when there is an interference or obstruction. It’s a natural occurrence in both humans and dogs. Some dog breeds like Pitbulls are more prone to snoring due to their anatomy. However, in some cases, excessive snoring…