Neutering or castration is the procedure of removing the testicles in males and the ovaries in females. Dog owners consider neutering because of its many benefits.

Among the benefits is that your energetic and playful Pitbull will be calmer, tolerate other dogs’ presence more, and they will be less likely to wander around or run away.

If you decide to neuter your pit bull, you need to find a good veterinarian and decide when to do the procedure.

What is the best age to neuter a Pitbull? It is best to neuter your Pitbull when they are between the ages of 4 and 9 months. Male Pit bulls should be neutered after they have reached puberty, whereas female Pit bulls need to be spayed before they get their first heat cycle.

But what makes this the best age to neuter a Pitbull? What happens if you neuter them earlier or later than that? Keep reading to learn why your Pitbulls should be neutered at this age and how fixing them will affect them…

What is the best age to neuter a Pitbull?

When deciding to move forth with the neutering surgery, it is best to be fully informed. What’s included in being fully informed is knowing the best time to neuter your dog.

Most vets recommend that Pit bulls are usually neutered or spayed when they reach the age of four months. Up to 9 months of age, you still have a chance to neuter or spay your Pitbull, which is the age that veterinarians normally recommend.

The age at which you neuter or spay your Pitbull is important. For instance, when you fix your Pitbull early on, you avoid them developing bad traits like marking their territory or being aggressive towards other dogs. Neutering pitbulls usually does calm them down, especially in the case of male Pitbulls.

As a general rule of thumb, your male Pitbull should be neutered after they reach puberty age.

If you are spaying your female Pitbull, spaying her before her first heatwave is essential. You can learn when this first heatwave comes in my guide to the Pitbull heat cycle here.

Your veterinarian will help you narrow down the age window and will give you more personalized advice, don’t forget to consult them.

The difference between neutering and spaying

These terminologies can get confusing, I know!

I’m about break it down for you, and you are about to see that it is simpler than you thought.

Neutering, also known as castration, is when a professional (for example, a veterinarian) removes your pet’s testicles. The surgery makes your dog infertile, meaning they can’t have mini versions of themselves.

Spaying is when a professional removes your female dog’s uterus and ovaries, making them unable to get pregnant. This can be beneficial as unwanted pregnancy is then avoided.

The spaying procedure involves cutting a small incision in the abdomen.

The best age to neuter a male pitbull

Most vets will recommend that you neuter your Male Pitbulls between 6 and 9 months. Many studies have found that dogs usually get the most benefit when they are fixed at this age range while also minimizing the risks of the procedure.

This age is recommended because this is typically when male Pit bulls hit puberty. A dog owner has to wait till their dog reaches puberty because the neutering procedure has to be done after the dog is fully developed, aka, after puberty.

If your pitbull is small in size, there’s a chance that they hit puberty sooner, typically around four months. Thus, some Pit bulls get this procedure as soon as four months.

In all cases, you should always consult your veterinarian; they will know exactly what your doggo needs.

The best age to spay a female pitbull

Naturally, with female Pit bulls, it’s a bit different. Waiting until your female pitbull has exceeded six months of age is recommended. The older your female dog is, the better the benefits of spaying are.

Female dogs will no longer have their periods, aka heat cycle, after the procedure, which will save you a lot of cleaning time, which is a desired benefit for many dog owners.

Spaying your female Pitbull before their first heat will prevent them from getting mammary tumors.

After spaying your female dog, you will notice that they are less stressed or irritated because the hormonal changes they undergo are not an issue anymore.

How to take good care of your Pitbull after neutering

Keep in mind that a dog who has been neutralized or spayed needs special attention. Let me tell you how:

Firstly, dogs don’t know better, and they most probably won’t understand that their incision is still not healed.

After any surgery, your dog needs some rest to recover, just like humans. Keeping your dog still for most of the day is challenging, especially if your Pitbull is energetic and playful, like most Pit bulls.

You can keep your dog on a leash, remove any distractions, and preferably invest in a good and comfortable crate.

If you have children who like to run around with your dog and be the playful and joyful creatures they are, make sure they understand not to trigger your Pitbull because they need their rest.

Do you know how it suddenly becomes very itchy and irritating when you have a wound, and you are just curious to see what’s there? Dogs feel that, too, after being neutered or spayed.

Your Pitbull will have the urge to scratch the area, which might cause problems. If your dog keeps scratching their wound, there will potentially be an infection, which will lengthen the recovery time.

Some people use a cone to keep their dog from accessing the wound by licking, biting at it, or scratching it.

It would help if you also kept an eye on the wound. Make sure it does not look red or smell bad. If it is, it is probably infected, and you should visit your veterinarian as soon as possible.

When you go out, use a leash.

If your dog is feeling up to it enough and wants to go on a walk, they can do so. However, you need to be careful, and they still can’t be too active.

It is better if they don’t jump around or run. The problem is that such activities would probably re-open the wound if it is not 100% healed. Again, that would lengthen the recovery time.

Use a leash and stay in control of your cute little dog to prevent them from facing complications during their recovery time.

Potential problems after neutering your Pitbull

The following might be tough to hear (or read), but your dog will be in pain after the procedure, and they may potentially face some complications. Be patient with them and monitor their recovery. Here’s what you can expect:

Dehiscence of the surgical incision

Dehiscence is the opening of a wound followed by a lot of blood. Experts claim that dehiscence is caused by self-trauma.

Dehiscence is highly dependent on how the procedure is performed. Ensure that the veterinarian does not stitch the wound too tightly, as tight stitches can lead to pain and discomfort.

Consequently, your dog will try to bite or scratch it, which is also why a cone might be helpful.

Sounds too complicated? It’s actually pretty easy. The Scrotal is the skin around the testicles, and hematoma is the swelling of clotted blood.

If the swelling is large enough, it will compromise blood flow. However, most of the time, Scrotal Hematoma is a mild case that solves itself with time.

If you notice hematoma forming, use ice packs on the area and, of course, consult your veterinarian

Post-procedure bruising is entirely normal, and this is because some bleeding may occur a couple of hours after the surgery.

However, constant bleeding for consecutive hours is not normal and requires immediate attention.

The tissue should be healed within 7 to 10 days.

Infection after neutering or spaying your dog is rare, especially if you and the veterinarian have taken all measures.

Infection can occur for many reasons, the most common of which are your Pitbull scratching or licking their wound. You should avoid that at all costs and make sure they keep that cone on.

You can also cover the incision area to keep it out of your dog’s touch.

Anesthesia can make your dog feel woozy, which ultimately can result in vomiting and diarrhea. These are normal side effects that can occur within the first 24 hours after the procedure.

If it continues for longer, you should pay your veterinarian another visit.

What happens if you neuter a dog too early?

Neutering your dog early is usually frowned upon, as it can get in the way of their development. When you fix a dog too early, you deprive them of necessary sex hormones that contribute to their maturation and growth.

It is better to wait until your male dog reaches puberty, and then you can go ahead and neuter them. In the case of female dogs, you should spay them before their first heatwave.

What is the healthiest age to neuter a dog?

The healthiest and most recommended age to neuter a dog is between 4 to 9 months of age. However, four months applies to smaller dogs who reach puberty faster than larger dogs like Pit bulls. Puberty usually hits between 6 to 9 months, so it is better to wait until they are at least six months of age. This applies to both male and female dogs.

A Guide to Dog Neutering 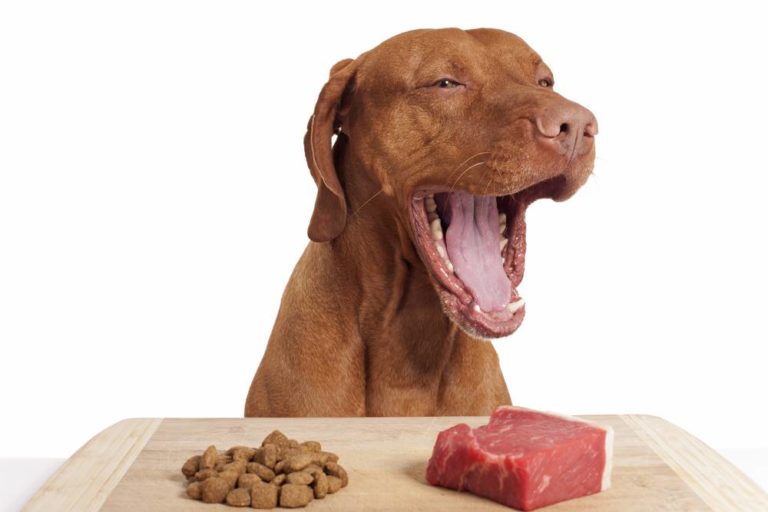 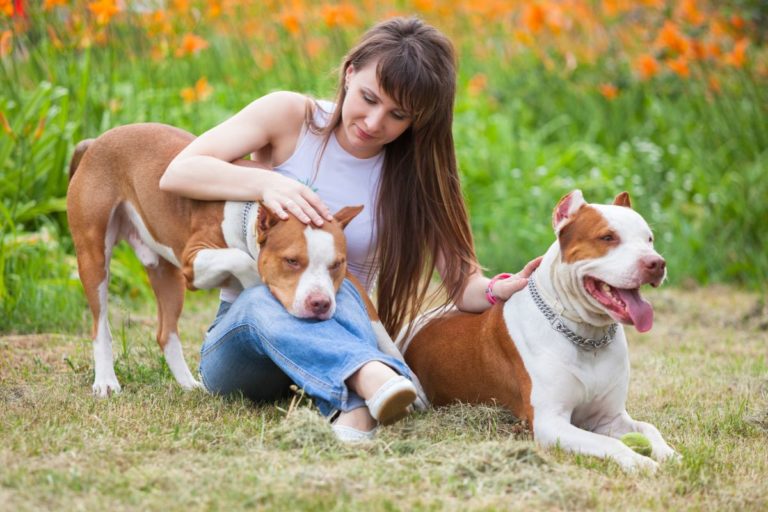 Although the idea of raising two female Pit Bulls might seem adorable to some owners, acquiring two dogs of the same gender is always a gamble as they might not get along well. Keep in mind that one of the dogs may need to find a new home merely because they can not get along…. 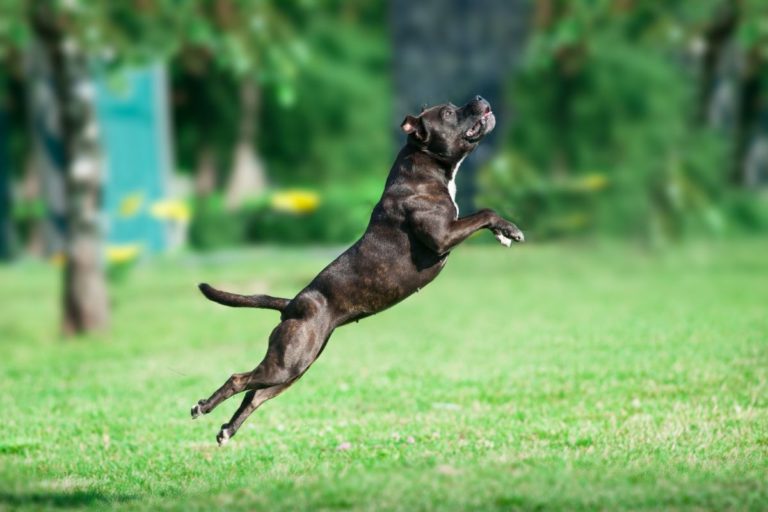 Pit Bulls are considered to be one of the most athletic dog breeds in the world. Their ability to jump high is one of their many talents. However, it might be inconvenient if you have a fenced yard.  If you’re exercising your Pitbull outdoors, you might be thinking about how likely it is that they… Pit Bulls are strong, muscular dogs. Their physical build can differ slightly depending on various factors, but overall they are that are known for their robust build and athletic abilities. It’s important for Pit Bull owners to an eye on their dog’s growth because it is a good indication of its health. So, when does…