Pit Bulls are wrongfully considered intimidating by many, not only because of their history as fighting dogs but also because of their physical appearance as they have large muscular builds.

One of the most distinguishing physical characteristics of Pit Bulls is how large their heads are in comparison to other dog breeds. So, let’s answer the main question here to get a better understanding of the size of a Pit Bul’s head.

Why Do Pit Bulls Have Big Heads? Pit Bulls have big heads due to main reasons. The first reason is that they were selectively bred to achieve this particular physical characteristic. The second reason is that it’s their inherent anatomy since they have powerful jaws connected to the crown of their heads.

Keep on reading to learn about why Pit Bulls have big heads and whether this might cause them to develop any health problems.

Why Do Pit Bulls Have Big Heads?

Pitbulls are recognized for their athletic and strong physique, and one of their most distinguishing characteristics is their square-shaped head, fleshy square snout, and huge almond-shaped eyes.

The large size of a Pit Bull’s head is attributed to two main reasons, which are selective breeding and inherent anatomy. So, let’s take a closer look at both of these reasons:

Most breeders will actively try to achieve certain physical characteristics in Pit Bull puppies through selective breeding or linebreeding.

Having a big, boxy head is considered a desirable physical characteristic in Pit Bulls as it fits into their official breed standard. It also contributes to the Pit Bull’s intimidating appearance that many owners seek. That’s why breeders try to keep the large head size going through different generations of Pit Bulls.

Pit Bulls have powerful jaw muscles that are connected to the crown of their skull. So, they might have big heads to accommodate the size and function of their jaw to make it easier for them to grip or bite.

Do All Pit Bulls Have Big Heads?

For instance, if a Pit Bull loses a huge amount of weight or becomes underweight, its head will seem bigger than other Pit Bulls. With certain exercise routines, some Pit Bulls might grow certain parts of their bodies quicker than others, leading to a relatively larger-sized head.

The Physical Appearance and Characteristics of Pit Bulls

The physical appearance and characteristics of Pit Bulls depend mainly on their genetics.

When it comes to their size, they tend to weigh up to 80 pounds and stand at 19 inches in height, with the males being larger than the females.

They’re often confused with American Bulldogs due to having a similar appearance. However, Pit Bulls tend to be smaller in size compared to American Bulldogs, and they have slightly different builds.

Do Pit Bulls Develop Health Issues Because of Their Big Heads?

The healthy issues any dog might develop and their severity will mainly depend on the dog’s genetics.

So, let’s take a look at some of the health problems that Pit Bulls are prone to develop.

They’re prone to develop various disorders that affect the heart, but they all have similar symptoms, including coughing, trouble breathing, weakness, and lack of appetite.

If you notice any symptoms of heart disease in your dog, make sure to take it to a vet immediately to get the proper diagnosis and treatment.

Pit Bulls generally have a large appetite due to their big size and large energy levels. If they do not eat healthily and exercise regularly, they’re prone to become obese.

Make sure to establish a suitable diet plan and exercise routine for your dog while taking into consideration its age and energy levels.

Hyperthyroidism is a condition where the thyroid gland fails to produce the necessary hormone, known as “thyroxine,” responsible for the functioning of the dog’s digestive tract.

It’s a genetic condition that can be managed with medication, but if left ignored, it would cause further complications. If you notice any symptoms of Hypothyroidism in your dog, make sure to take it to a vet immediately to get the proper diagnosis and treatment.

Allergies are the most prevalent health issues in Pit Bulls, and they can cause a variety of symptoms.

Your Pit Bull might be allergic to anything, including certain kinds of food, dust, household cleaning chemicals, or certain ingredients in its shampoo.  So, it’s important to monitor the dog’s reaction when exposing it to new environments and avoid making sudden changes to its diet or shampoo product.

If you notice any symptoms of Allergies in your dog, make sure to take it to a vet immediately to get the proper diagnosis and treatment.

Infections of the Skin

Pit Bulls are prone to develop various kinds of skin conditions, the most prevalent of which is skin infections.

Symptoms of skin infections in Pit Bulls include itchiness, red patches of skin, and hair loss. If you notice any symptoms of Allergies in your dog, make sure to take it to a vet immediately to get the proper diagnosis and treatment.

Do Pit Bulls Have Wrinkles on Their Foreheads?

Pit Bulls do have wrinkles on their foreheads. They’re born with excess skin around their faces, which causes wrinkles to appear. However, as they age and their heads grow bigger, the wrinkled skin on their cheeks and thick necks will spread out and become tighter.

Can Pit Bulls Run Fast Despite Having Large Heads?

Pit Bulls can run fast despite having large heads. That is because the size of their head is proportionate to the rest of their body, so they do not have any balance issues. They can usually run at speeds of up to 30 miles per hour. If you have a dog, you are familiar with the fact that licking is normal behavior.  If you are reading this, then you are either curious about their licking habits or your dog has been licking you excessively.  It can get quite annoying when your dog licks you a lot.  I’m sure we all thought… 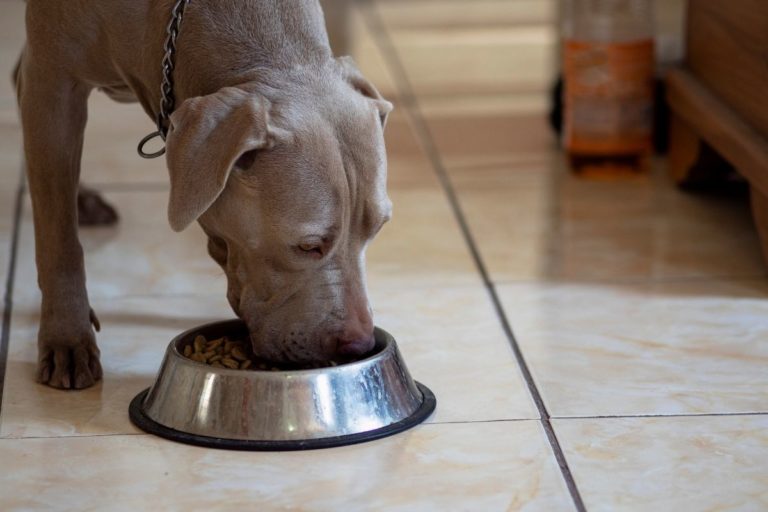 There is a lot of debate about whether Pit Bulls can be vegetarian or vegan. Is this diet healthier for them? Can they survive on that diet for the rest of their lives, or is it against their nature? So here we will be answering all these questions. Can a Pit Bull be a vegetarian? A… Barking is the way dogs communicate with their humans and with other animals. However, every dog, including pitbulls, is different when it comes to how much they bark. Having a pitbull that barks a lot can cause a lot of concern especially if you live in an apartment building or a house with close neighbors… 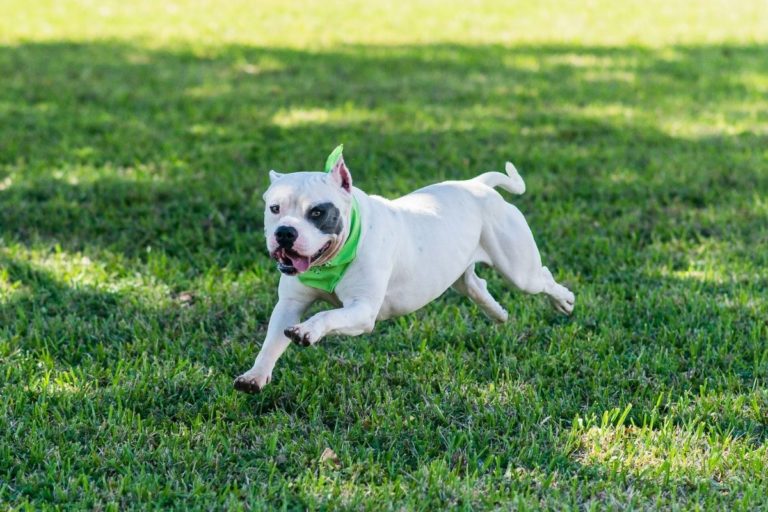 Did your pitbull ever get a sudden burst of energy and just start running around the house like a cute little maniac?  They probably do. We call this action “zoomies.” Don’t worry; it is completely normal, and your pitbull is not going crazy.  Due to their playful and energetic nature, most pit bulls get the…