Pitbulls are one of the most popular dog breeds in America. They’re known to be strong and athletic because of their large size and muscular build. However, some pitbulls might be smaller in size compared to others of the same age.

As a pet parent, it’s important to know what are the factors that affect a pitbull’s growth so you can make sure your dog is at a normal size.

So, why is your pitbull so small? The main reason your pitbull is so small is simply genetics. The size and growth rate of your pitbull will mostly depend on its type, gender, and age. Another reason is the dog’s diet as Pitbulls typically need to eat balanced and nutrient-filled meals in order to grow to their full size.

Keep reading to learn more about the different types of pitbulls, the normal size and weight for pitbulls at every age, and the factors that affect your dog’s growth.

What Are the Types of Pitbull?

Pitbull is actually a general term used to refer to several dog breeds.

While the American Pitbull Terrier is most commonly associated with the term Pitbull, all types have similar appearances and temperaments.

When it comes to appearance, they all have a square-shaped head, a square fleshy nose, and big almond-shaped eyes.

They are all athletic with similar muscular builds, although some of them may look more athletic than others and some are squatter and wider in build, while some are taller and leaner.

When it comes to their temperament, they would all be perfectly obedient, loyal, and affectionate with proper training and socialization. They can also be territorial and protective which will cause them to become aggressive or attack if they feel a threat coming toward them or their family members.

Some Pitbulls were originally bred and trained to be aggressive so that they could fight with other animals, however, that does not mean they are naturally aggressive. In fact, Pitbulls are gentle, cuddly, easy-to-train dogs that are going to do exactly what you train them to do, but we will discuss the topics of pitbull reputation and aggression later.

At What Age Do Pitbulls Become Fully Grown?

Pitbulls become fully grown when they’re about 1-2 years of age.

According to the United Kennel Club Pit Bull Breed Standards, an average male pitbull should ideally weigh between 35 and 60 pounds and stand at 18 to 21 inches when measured from the floor to the shoulders.

An average female pitbull would be slightly smaller, ideally weighing closer to 30 to 50 pounds and standing at 17 to 20 inches at the shoulders.

Take a look at the following chart to learn the average weight of male and female pitbulls at different ages.

What Are the Factors That Affect a Pitbull’s Growth?

If you are concerned about your pitbull’s growth or feel like your dog is smaller in size compared to other dogs of the same age, then you need to understand that the growth rate normally depends on several factors.

The main factor that affects a pitbull’s growth rate is simply the dog’s genetics. There are different types of pitbulls and their size can vary according to their gender and also their age.

Another factor that affects the growth rate is your dog’s diet. The quality and amount of calories your dog is consuming have a big effect on how big your dog will turn out to be. If your dog is not getting enough calories, then it might end up growing more slowly than the other dogs of their age.

So, you need to make sure you’re providing your dog with balanced nutrient-filled meals regularly, especially at the early stages of its life, to ensure it will grow at a healthy rate and reach a normal size.

The average active pitbull needs to consume about 922 to 1,740 calories in a day. You can adjust the amount of calories according to your dog’s age and activity level. You can also consult with a nutritionist about the kinds of food that are best for your dog’s diet.

It’s highly recommended to take your dog to the vet for routine check-ups to make sure that it’s perfectly healthy.

Why Do Pitbulls Have a Bad Reputation?

The main reason pitbulls have a bad reputation is that they were originally bred and trained to fight other animals. Another reason is that their bites have caused more fatalities than any other dog breed. According to various reports, they are responsible for about 72% of deaths due to dog bites in the United States.

How Strong Are Pitbull Bites?

Pitbull bites are very strong and they are considered to be the strongest of any domestic dog. Their bite force can measure up to 235 PSI. Their bite is strong enough to hold on to a prey even though their teeth are not that sharp. This is mainly because they have very strong jaws.

Pitbulls are illegal in various countries around the world including Canada, New Zealand, Finland, Belgium, France, Norway, Denmark, Poland, Brazil, and Puerto Rico. In some places, it’s only illegal to breed them while in others, the breed is completely banned and any dogs found are terminated immediately.

The Types of Pitbulls 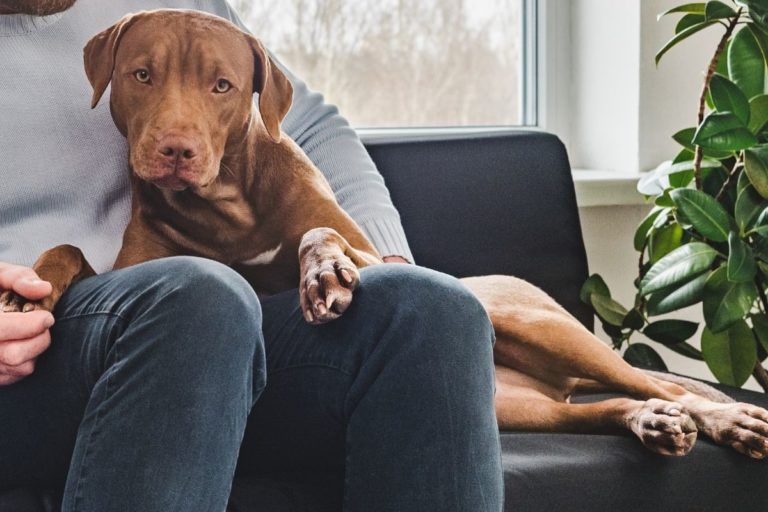 Despite their tough looks, their absolute love for anything outdoors, and their reputation, Pitbulls are actually inside dogs, not outside dogs. However, if they were to be kept indoors, they still need to have ample space to move around without feeling confined. This causes many dog owners to have concerns about whether Pit Bulls are… Feeding dogs is more complicated than you think. You can’t just give them the leftovers from your meal and walk away. You must provide them with food tailored to their specific needs, especially if they’re puppies.  When it comes to Pit Bull puppies, they need to eat enough calories and nutrients to sustain their energy…