If you look at American Bullies, whether on the Internet or in real life, you may notice that some of them have erect ears while others have floppy ears, or you may be wondering if your Bully puppy is going to end up with erect ears or if their ears are going to stay floppy.

It can be confusing, especially when you start searching online and find contradicting info, but no worries, I know the answer, and, of course, it’s not a straight one.

So, do American Bully ears stand up? American Bully ears naturally stand up or have some “floppiness” when they grow up depending on the structure of the ears, mainly on the pinna which is the flap part of a dog’s ear. As descendants of different breeds, Pitbulls have mixed genes, which result in different pinna shapes.

Keep reading to learn more about the types of American Bully ears, what will happen to your puppy’s ears, and get to the bottom of the whole ear cropping thing.

Do American Bully Ears Stand Up?

American Bullies are considered to be a Pit Bull breed, which is the general term to describe certain dog breeds with a broad and muscular physique that makes them appear intimidating.

Their ears naturally stand up or have some “floppiness” when they grow up depending on the structure of the ears, mainly on the pinna which is the flap part of a dog’s ear.

A floppy ear is one of the characteristics that people naturally correlate to cute-looking dogs, but American Bullies can also be adorable with small little flaps.

What Are The Types of American Bully Ears?

Here are some ear shapes that American Bullies could have:

It’s when the Bully’s ears partially stand up with a little part flapping over the top.

As the name implies, it is when the Bully’s ears flap over the top but backward, exposing the inner fleshy part of the ears giving them a rose shape.

It’s when the ears fully stand up with no flopping that gives the American Bully its usual appearance.

They look similar to natural full-prick ears but smaller as part of the ear is surgically removed.

Do American Bully Ears Get Cropped?

People once bred American Bullies as fighting dogs, so they used to crop their ears by removing the pinna to prevent them from getting bitten off or infected during fights. You can learn more about the practice of ear cropping in Pit Bulls here.

Nowadays, people still crop bully ears for cosmetic reasons to make them look alert and intimidating, but it’s a controversial topic as many people deem it a cruel and inhumane practice, given that a lovely companion doesn’t need it any longer.

In fact, cropping your dog’s ears may lead to irreversible damage, cause trauma, and leave your dog with unmatched weird-looking ears, which actually defeats the purpose of the whole operation.

Despite not having any concrete evidence to solidify their claim, some people still believe that cropping the dog’s ears has some health benefits, such as improved hearing, and fewer infections. After all, some countries still allow the procedure, and it’s the pet owner’s right to decide.

Is Ear Cropping a Legal Practice?

American Bully ear cropping has been condemned as inhumane and is prohibited in many countries around the world. These countries include:

Given all the justifications against cropping American Bully ears, why this practice is still permitted in the US is puzzling. Even some Kennel Clubs have publicly supported ear cropping in the United States, where it is still permitted.

Only nine states in the US have regulations against ear cropping, and they only allow it when carried out by a qualified vet.

Sometimes breeders will crop their puppies’ ears in states lacking regulations. If done incorrectly, there is a substantially increased risk of infection, and more surgery may be required. Additionally, none of the medications or antibiotics that are available to vets will be available to them.

Why Shouldn’t You Crop Your American Bully’s Ears?

American Bullies are very expressive with their body language and ears, as they can change the position of their ears to communicate how they feel. Whenever they feel excited, dominant, or submissive, their ears may stand up and subtly change their position.

Whenever your dog feels excited by smelling a delicious treat, hearing a loud noise, or any reason that could make it alert, his ears will stand up and it may even move in the direction of the sound to try to gain information or understand the source of its interest.

Due to their strong and self-assured demeanor, Pitbulls were essentially bred as fighters, but beware—to train them, you must establish your power over them. They usually try to assert their dominance by prickling their ears and maintaining eye contact.

As previously mentioned, American Bullies are not inherently submissive, so if their ears move backward and fall flat on their heads, that means that they are afraid, aggressive, or worried, depending on the circumstances.

American Bullies can have naturally floppy or perky ears depending on whether they are purebred or mixed breeds, and you can always choose if you want a cute or intimidating-looking dog without surgically mutilating any parts, as they are a very diverse breed.

At What Age Should You Crop Your American Bully’s Ears?

You should crop your American Bully’s ears when it’s still a puppy. It should be between the ages of 9 and 12 weeks old when brought in for ear clipping, according to vets that perform this surgery, as it is “less painful” at that age since their cartilage is weaker and less formed.

At What Age Do Dogs Ears Stand Up?

Dogs ears stand up when they are at four to six weeks of age. The cartilage at the base of a standing ear will start to feel firm. However, it can take up to five or six months for the cartilage in your dog’s ears to solidify enough to allow them to stand up. American Pocket Bullies are a popular breed in the United States. They are a cross between American Pitbull Terriers and American Staffordshires. As a new or potential parent of an American Pocket Bully puppy, you need to know when your dog will stop growing in order to ensure that you will reach its full potential… Understanding our pets is the first step in providing the greatest care for them. Wisdom Panel tests provide you with essential information like your dog’s exact breed to know more about their activity needs and temperament, as well as other information about your dog’s health. Does Wisdom Panel Test for American Bullies? The wisdom panel… 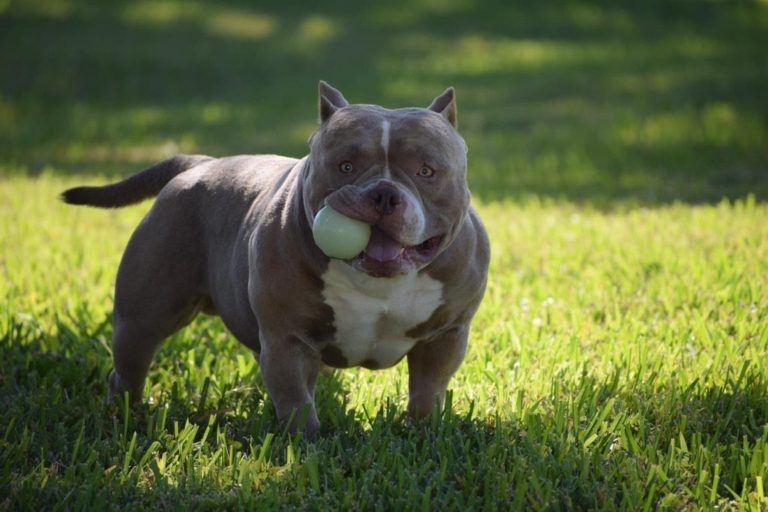 Registering your Bully shows that your dog is purebred and offers a lot of opportunities to participate in competitions held by reputable organizations.  In order to register your dog, there are a lot of papers needed. But what if you don’t have any papers for your dog? Does that mean that you don’t have any… 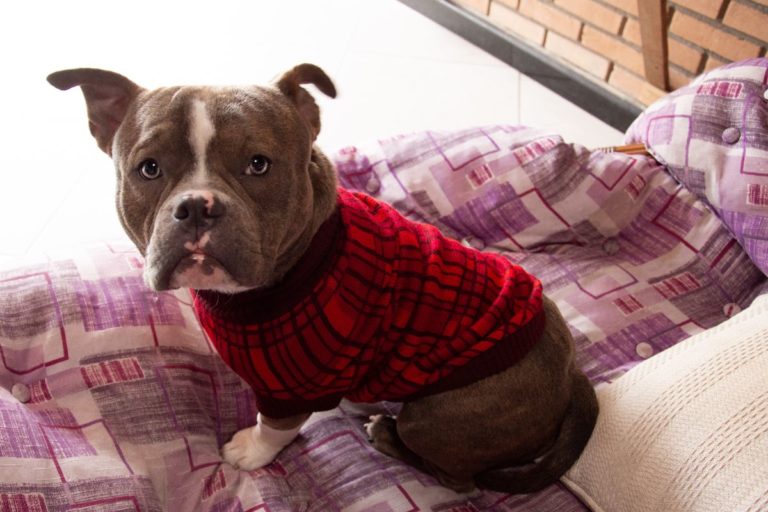 One thing to keep in mind while selecting whether or not to buy an American Bully is how much they shed and whether they’re hypoallergenic. Some American Bullies might shed more than average, and it’s important to understand why your dog is shedding so much, especially if you have allergies. So, why is your American…