Pitbull owners have a hard time leaving their dogs at home, but unfortunately, it’s often necessary.

Every dog reacts differently to being left alone. Some dogs are good at adapting, while other dogs will miss their owners too much.

So, how long can Pitbulls be left alone? Pitbulls can be left alone for about 2-6 hours. If they were left alone longer than that, they will develop separation anxiety and start displaying some destructive behaviors. If you need to leave Pitbulls alone, consider having someone else stay with them or try training them to adapt to the situation.

Keep reading to learn more about why Pitbulls can’t be left alone for too long and how to train them to adapt to being left alone.

Are Pitbulls Prone to Aggression?

Many people assume that Pitbulls are naturally prone to aggression.

The main reason for this assumption is that many malicious people use Pitbulls for dogfights, but it’s not really the dog’s fault or something of their choice. Another reason is the various media reports about Pitbulls attacking others and causing the most fatalities due to dog bites of any dog breed.

However, Pitbulls are not really more prone to aggression than any other breed of dog because any dog’s behavior mainly depends on its upbringing and living conditions.

If Pitbulls were properly socialized and trained as puppies, they will grow to become affectionate and friendly towards those around them with very little chance of them turning aggressive.

Can You Leave Your Pitbull Alone?

Pitbulls are highly social animals. They tend to crave constant attention from their owners and they hate being alone. While they can be left alone, it is not really a good idea to leave them alone for a long period of time.

If it’s absolutely necessary to leave your pitbull for some time, consider asking a friend or a dog sitter to stay with it. You can also try training the dog to adapt to being left alone.

What Happens If You Leave Your Pitbull Alone for Too Long?

As mentioned before, Pitbulls are very social. They love companionship and being the center of attention most of the time.

If they feel like they are not getting as much attention as they are used to or if they were left alone for extended periods of time, they will experience depression and separation anxiety which causes them to display some destructive behaviors to express their frustration.

Symptoms of separation anxiety in Pitbulls include:

How to Train Your Pitbull to Adapt to Being Left Alone?

In order to train your dog to adapt to being left alone, you need to discipline its behavior at a young age and help it overcome separation anxiety.

There are various aspects to this process, so let’s break them down in more detail:

It’s important to socialize dogs at a young age as it makes them feel at ease around people or other dogs and to perceive fewer things as a threat. It also prevents them from developing aggressive behavior as they grow older.

Socialization involves allowing your dog to interact with new environments and exposing it to different scents, sounds, animals, and people.

The best way to do this is to take it on daily walks in a busy park. You can take it to socialization events which are often held by pet shelters so that various owners can bring their dogs to meet other dogs.

You need to discipline your dog at a young age and use the proper methods to encourage or punish certain behaviors.

If you want to encourage good behavior, you need to use the positive reinforcement method which involves identifying the things that motivate your dog the most, such as toys, treats, or praise, then presenting any of those things to your dog whenever it displays good behavior.

If you want to punish bad behavior, you must avoid using aggression like beating or yelling at your dog as this will provoke it to become aggressive or attack in self-defense.

You can check out my complete guide to disciplining a Pitbull correctly here.

Crate training helps dogs adjust to having a designated space at home where they can feel safe especially when they are alone.

You need to place the crate in an area in the house where the dog feels comfortable. You also need to make it more inviting by putting some of the dog’s favorite toys inside as this will encourage the dog to go inside without feeling isolated or abandoned.

It’s important to engage your dog in various physical activities as this will help the dog release excessive energy and you will be spending more time bonding together.

Some of the physical activities you can do with your dog include going on daily walks, climbing stairs, or playing games like fetch or tug of war.

Can Pitbulls Be Left Alone with Children?

Pitbulls can be left alone with children as long as they were properly trained and socialized. However, it’s generally recommended to supervise all interactions between your children and your dog, no matter the breed. You need to be aware of all the risks that come with having animals around your children because accidents can still happen.

What Are the Signs of Aggression in Pitbulls?

Signs of aggression in Pitbulls include grinding and baring its teeth, barking and growling excessively, lowering its head and avoiding direct eye contact, pulling back its ears completely, raising its tail in an upright rigid position, and moving its back and forth rapidly.

If you notice any of these signs in your dog, you need to give some time to calm down.

Are Pitbulls Hard to Train?

Pitbulls are not hard to train. They are very intelligent and eager to please their owners which makes them more open to responding to discipline methods and learning commands. However, training a dog is generally considered easier if you start when the dog is young.

The Importance of Teaching Your Puppy How to Be Alone

Leaving a Dog Home Alone? Here are 3 Steps to Follow 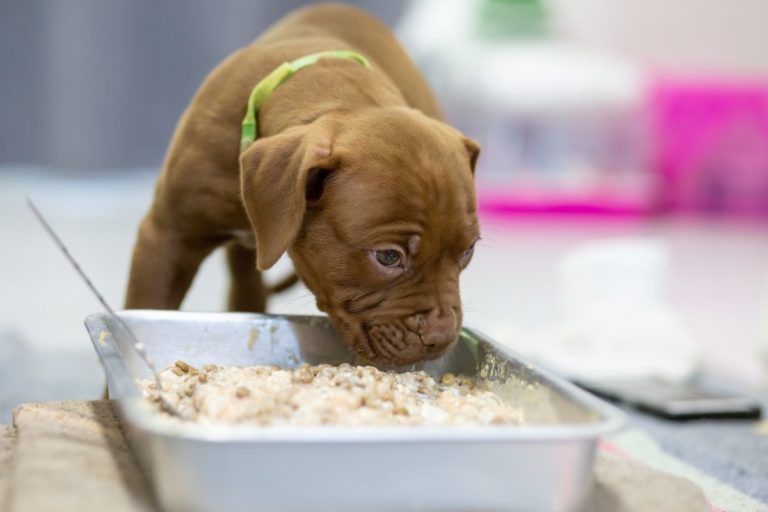 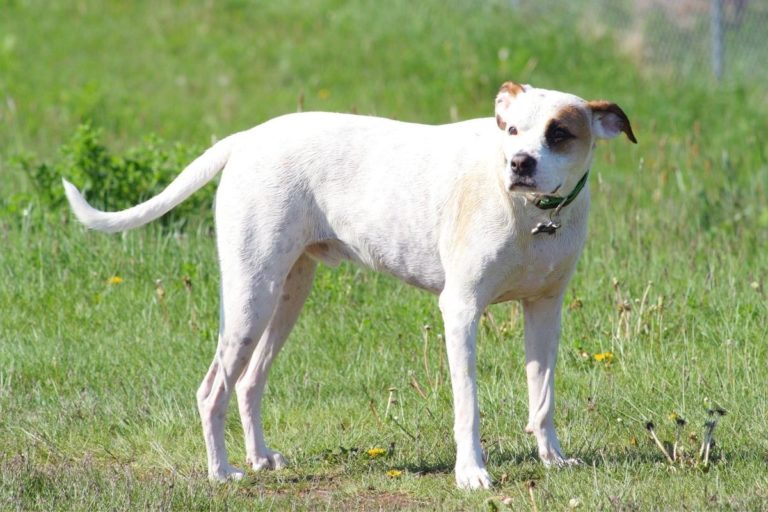