American Bullies are a large, intimidating breed of dog. Are they good with other dogs? The answer to this question is not as straightforward as you might think.

American Bullies can be aggressive and territorial around other dogs; but if introduced correctly, there are plenty of breeds that get along well with them! In this article, we’ll go over the dog breeds that best fit in the “bullie-safe” category and how to introduce your American bully properly to new friends!

The American Bullies are strong-willed and opinionated, yet they have a history of being violent dogs that isn’t completely true.

When raised in a loving and caring home, they may be such sweethearts. So let’s discover more about this breed and which dog breeds may live peacefully with them so you don’t miss anything important.

Are American Bullies Good With Other Dogs?

The American Bullies have a complex history with other dogs, The American Bully is a mix of the desired characteristics of the UKC American Pit Bull Terrier and the AKC American Staffordshire Terrier, which have been developed through years of selective breeding.

Because of their origins and since the American Bully is muscular and has powerful features, as well as certain qualities that they may or may not possess, people appear to believe that they are aggressive dogs.

While they do make for excellent personal guard dogs, which is one of the reasons American bullies are so expensive, they are not as aggressive as people make them be.

The American Bully, however, is no different from other breeds in that it all comes down to their training, socialization, and how you treat them on a daily basis.

It’s the same for any other dog, whether it’s a Golden Retriever, the happiest dog on Earth, or any other breed.

They can become aggressive if they are mistreated, abused, and deprived of socialization and training. It’s the same for all dogs.

The key difference is that while some dogs are somewhat more obstinate when they are pups, or difficult to train, once you have patience and consistency with them, you’ll have a docile and well-mannered puppy.

The American Bully, on the other hand, can be wary of strangers, which is not always a negative thing since they may become excellent guard dogs as a result.

It’s also important to try and introduce your puppy properly to other dogs, even if you trained and socialized them, because everything is determined by the first encounter, so it’s up to you and the other owner to ensure that your dogs get along.

The American Bully is what you train them to be

The American Bully is a breed that can be both aggressive and docile, it depends on how you train them when they are young. The one thing for sure they are is that they are very territorial.

This is why you should only adopt an American Bully if you plan on taking care of them and providing the love, attention, training as well as socialization that they require.

The American Bullies are a large breed of dog, which have been selectively bred for certain characteristics to increase their physical power.

This is why you should always use your common sense when it comes to any other breeds that may get along with them since there are some dogs that simply cannot coexist peacefully in the same household.

If you are not the kind of person who has time to train, socialize and take care of their dog properly then it’s best that you opt for a more docile breed.

And if your American Bully is getting along with another dog just fine, don’t be surprised when it changes as they grow older since, like most dogs, they will become more territorial and protective of their owners.

It’s important to train them early so that they can be taught right from wrong at an early age because there is nothing worse than a dog that grows up without knowing how to behave properly or socialize with other dogs.

As always though, it all comes down to how you treat them and how much time, dedication, patience you’re willing to put in.

How To introduce Your American Bully To Another Dog?

Regardless of the breed, you always need to make sure that your American Bully is socialized and around other dogs even before bringing another dog into the house.

So let’s say for example that you just got a new pup or adopted one from a shelter, remember how we talked about making sure they are properly introduced? Well, it applies to more than just you and your pup.

Even if they are not familiar with other dogs, it’s still important to introduce them in a positive way that doesn’t involve any stressful situations for either dog.

That being said, there is no specific time limit or age where introducing an American Bully to another dog should take place; however, you always want to make sure they are introduced when both dogs have been well-socialized and trained so you don’t run into any issues.

So make sure to take it slow and use positive reinforcement such as treats whenever introducing them so both of them can become friends in a safe environment where there’s no tension.

Once you get to the point where both dogs are comfortable with each other, it’s time for them to meet in a neutral place like your backyard or any open space.

Don’t put too much pressure on either dog by forcing them together; let nature take its course and if they seem okay then congrats! You can keep bringing them around each other in safe places until they feel comfortable together.

If you are still worried about any problems, don’t hesitate to get the help of an experienced dog trainer or behaviorist who can suggest what you should do next.

They will also be able to teach your American Bully new commands that may come in handy when it’s time for them to meet other dogs.

However, don’t forget that it takes time and patience to properly introduce your American Bully to another dog so always be patient and reward them when they are being good.

In the end, it all comes down to training because if you have a well-socialized pup who listens well then there’s nothing to worry about!

What Dog Breeds Do American Bullies Get Along With?

American Bullies can get along with any other breed as long as they are properly introduced and socialized.

However, there is a specific list of dog breeds that American Bulldogs will probably be okay with right off the bat such as:

No, The American Bullies are not aggressive at all, in fact, they are gentle and loving family dogs, they just have the reputation of being aggressive due to their muscular built, and tense feature and because they were originally bred from a Pitbull.

Yes, The American Bullies are good first dogs, they’re gentle, affectionate, loyal, and protective breeds, that can make wonderful family dogs, however, training them can be a little challenging sometimes since they can be stubborn so you should always use positive reinforcement with them.

How to introduce two dogs

Introducing Dogs to Each Other 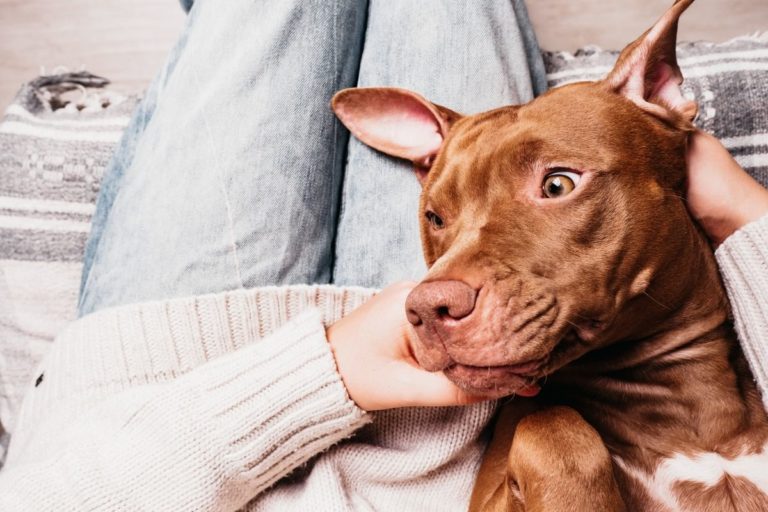 Pitbulls are known for being fierce, strong and protective. However, they also have a soft side that many people don’t know about. Unlike most other breeds of dogs who love to cuddle with their owners or give kisses, Pitbulls tend to show affection in different ways. They will often use their body language to show… 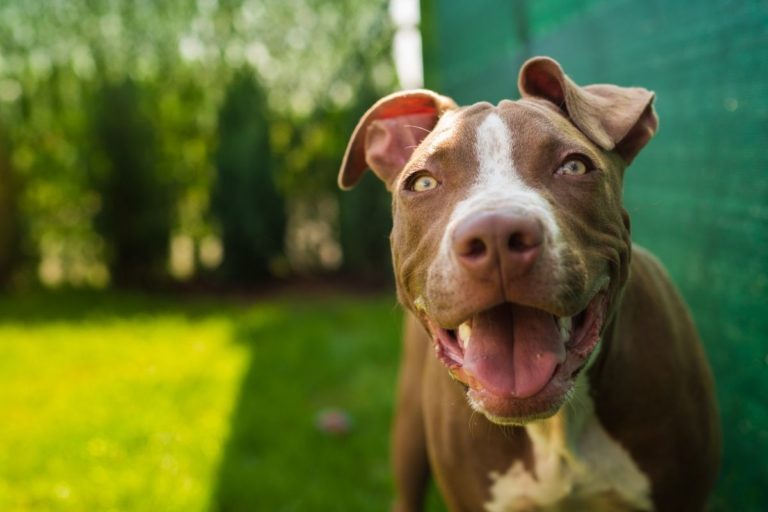 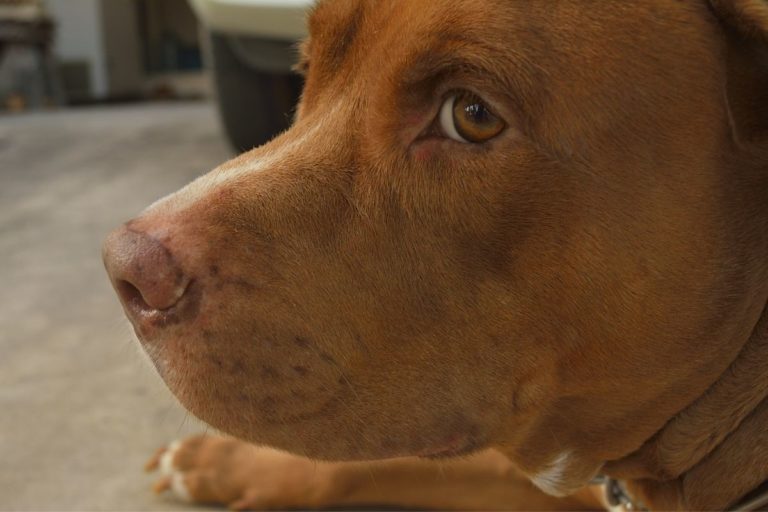 Pitbulls have a reputation for being aggressive because they were originally bred and trained to fight other animals. It’s also common to see news reports warning about their attacks. The idea of Pitbulls becoming aggressive and attacking their owners or other people can be very scary because all owners want their dogs to be loyal… Pitbulls are often misunderstood animals that people think of in a bad way. They are seen as aggressive and not very smart. But, this is not the case! Pitbulls can be really good pets for families with children because they love to play and they’re super affectionate. It’s time to prove all these myths about… If you are an American Bulldog owner, then one of the most important things to know is that they can’t swim. Can American Bulldogs swim? Can they not swim? Well, it’s complicated. They can learn to swim but there are some safety tips for doing so and we will discuss those in this article. So,… As a Pitbull owner, you’ll have a big smile on your face when I tell you your furry friend can live between 12–14 years on average, but for some owners, they most likely will do anything to stop their pitbull from barking excessively for that long. So, why are Pitbulls so vocal? Your Pitbull could…