Brindle Pit Bulls are not a separate Pit Bull breed, but rather, it is one of the numerous color variants within the Pit Bull family.

What sets them apart from other Pit Bulls is their unique coat pattern; however, they share many other qualities with all Pit Bulls, including their reputation for being aggressive. Some people even assume that brindle Pit Bulls are more aggressive.

Continue reading to learn more about how the dog’s color doesn’t matter when it comes to its behavior and how brindle Pit Bulls are different from other Pit Bulls.

Brindle Pit Bulls are not any more aggressive than other Pit Bulls or other dog breeds. Their coat color does not affect their behavior in any way, and as long as they are properly trained and socialized from a young age, they will grow up to be friendly and well-behaved.

Keep in mind that Pit Bulls can be very protective and territorial, so they will become aggressive if they sense any kind of threat coming toward them or their owners.

Aggression can also be a result of mistreatment or abuse from irresponsible owners. Any dog will lash out and attack if someone provokes them or if they feel scared.

Does Color Matter When It Comes to the Dog’s Behavior?

However, the dog’s color might change the way some people view the dog, causing them to make assumptions about its behavior.

For instance, Brindle Pit Bulls can have a strong and wild appearance that causes many people to assume they’re aggressive, but in reality, they don’t behave any differently than any other Pit Bull.

How Are Brindle Pit Bulls Different?

Brindle Pit Bulls are unique, and the main thing that sets them apart from other Pit Bull is their coat color. There are other things that make Brindle Pit Bulls different, so let’s take a closer look at them.

When it comes to their coats, they come in various colors, including red fawn, blue fawn, dark brown, and black. They also have light streaks lining their body which are very similar in appearance to the stripes of a tiger.

Brindle Pit Bulls might appear to be intimidating, but they have sensitive personalities. If they are trained and socialized early on in their lives, they will grow up to be loyal and affectionate.

Because of their personality, they’re good to have around kids as well as other dogs.

Brindle Pit Bulls will behave just like any other dog as long as they are trained, socialized, and provided with good living conditions.

If they don’t get proper training and socialization from early on in their life, they will develop various behavioral problems as they grow.

They also love getting attention and being around others. So, if they are left alone for too long, they will be bored and more likely to develop separation anxiety which will cause them to behave in a destructive manner.

Intelligence and Ability to be Trained

Brindle Pit bulls are considered to be intelligent, but they are not any more intelligent than other Pit Bulls or other dog breeds.

Their intelligence usually makes them easier to train. However, their owners still need to be consistent with their training and use proper training methods.

Since this dog breed is independent and needs to develop trust with its owner, positive reinforcement and reward-based training are recommended. Avoid harshly disciplining or imprisoning the dog for disobedience. You can learn the right way to discipline a Pit Bull here.

Brindle Pit Bulls have high energy levels. They need to be exercised regularly to release their energy and maintain a healthy weight.

If they don’t get enough exercise, they will become hyperactive and behave destructively. They will also gain weight more easily, which puts them at risk of various health problems.

Brindle Pit Bulls have a reputation for being aggressive, even more than other Pit bulls. The main reason for this is that they were bred and trained to participate in violent sports such as bear-baiting, bull-baiting, and dogfighting in the past.

However, in the present time, more people understand that the dog’s aggressive behavior depends on its training. If Brindle Pit Bulls are trained properly, they will grow to be the best companions.

Brindle Pit Bulls are thought of as unique because of their coat color, and they gained a significant amount of popularity among Pit Bull owners over the past years.

This popularity caused an increase in their price as breeders are trying to meet the demands of dog lovers looking to get their hands on a unique Brindle Pit Bull puppy.

The Brindle Pit Bull first appeared 1800’s. Their main purpose was to watch over cattle and livestock, hunt, and be faithful family companions.

The breed made its way to America over the years, where it was cross-bred with various other breeds. Its purpose became more violent as it was bred and trained to participate in activities like bear-baiting, bull-baiting, and, unfortunately, dogfighting.

After these violent activities became illegal, the main purpose of the breed changed to being companion dogs. Some owners also train them to be guard dogs or service dogs.

Brindle Pit Bulls are purebred as long as they come from purebred Pit Bulls that are not crossed with any other breed. They are not recognized by the American Kennel Club as a separate breed because they are just normal Pit Bulls, and the only thing different about them is their coat color.

What Is A Reverse Brindle Pit Bull?

How Much Does A Brindle Pit Bull Puppy Cost?

A Brindle Pit Bull puppy costs from $500 to $1,000, on average. The cost of the dog depends on some factors, such as its bloodline and place of purchase. If you’re purchasing the dog directly from a breeder, then the cost will also depend on the reputation of that breeder.

The Brindle Gene in Dogs Whether you like it or not you’ll find your Pitbull’s eye glow when he sees anything running before him. And it isn’t only about your puppy, regardless of what category your dog belongs to, hunting probably runs in their blood. But a lot of people think that Pitbulls are natural hunters, and there are too… If you’re reading this, your Pitbull has been sneezing a lot recently. Sneezing is relatively common when it comes to dogs and humans.  But, if they have been sneezing more than usual recently, there might be an underlying issue.  Frequent sneezing can become concerning.  So, Why does your Pitbull sneeze so much? Your Pitbull may be… 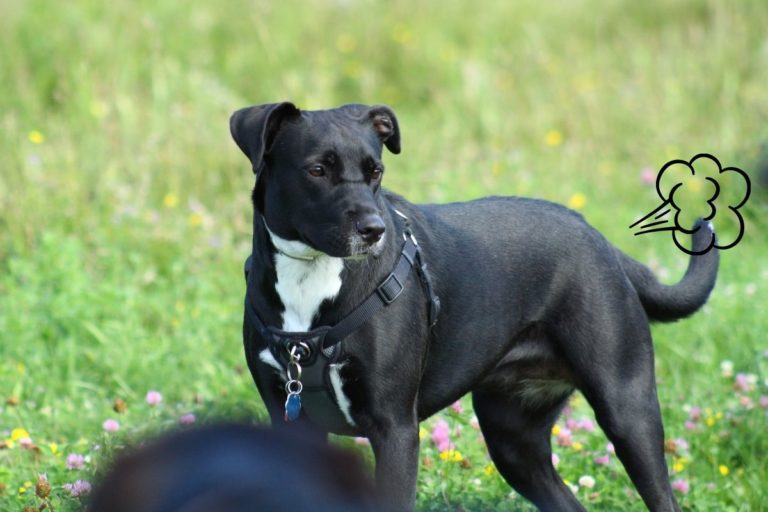 Humans fart, and so do dogs. It’s a natural part of life.  If you are a Pitbull owner or have experienced living with a Pitbull before, then you know that they are pretty gassy dogs.  It can honestly be quite funny; something about farts is always funny and of course smelly.  However, it stops being…